On digital euro and the regulation of cryptocurrencies

How financial technologies and businesses are going to develop in a sustainable, stable and long-lasting way within the EU 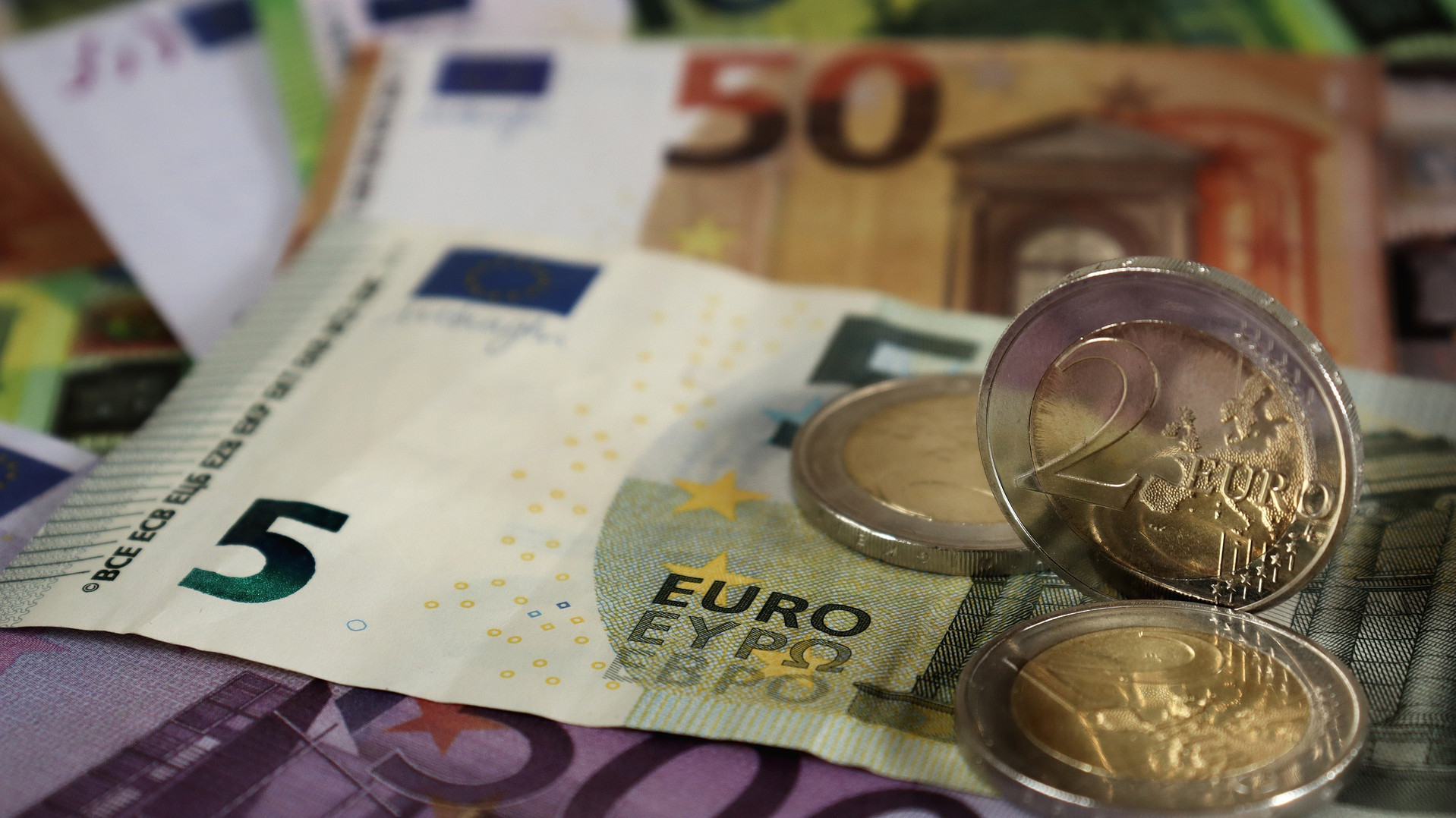 With the development of big data, artificial intelligence and the exponential development of blockchain technologies and the associated boom in cryptocurrencies, new technological solutions and services are appearing on the market every day. All these innovations from the last decade are a natural continuation of the preceding internet commerce and digitalization of payments, which started much earlier.

The sector of financial technologies and digital payments gives us every reason to predict that we will have very interesting times ahead, with more and more diverse, cheaper and, most of all, more mass services.

The main factors which influence these processes and affect the development of the sector are: (i) the technological development and innovation and (ii) the regulations, which by definition are always determined by economic and political factors. And while it is difficult to predict how technology will develop, regulations, although lagging behind, seem to give some idea of ​​the direction or framework in which the industry will move.

Therefore, in order to gain a general glimpse of what lies ahead, we should take a look at the planned or already implemented legislative initiatives of one of the world's leading economic powers - the EU.

Legislative initiatives in the EU

Of particular interest are the studies on the possible introduction of the digital euro and the draft Regulation on cryptocurrency markets, which is part of the EU Digital Finance Strategy. This strategy includes several other legal acts aimed at regulating the security of the financial sector and the so-called “distributed ledger technologies” used and promoted as a result of the rise of a number of cryptocurrencies such as Bitcoin and Ethereum.

There are several fundamental factors underlying all these regulatory initiatives, and these will be the ones that companies and investors who want to develop financial technologies and businesses in a sustainable, stable and long-lasting way within the EU will have to take into account:

1. First of all, it should be noted that security in the field of finance has always been and will continue to be at the front. This concept in itself can be stratified into the following several dimensions: (i) security of technological solutions (cybersecurity) in terms of availability and smooth operation of systems and services and their protection from unauthorized access, (ii) the security of individual transactions and services in the sense of limiting the possibilities for their use to commit fraud and other crimes, including those related to money laundering and terrorist financing, (iii) security as an opportunity for protection of the rights of the people concerned, holding cryptocurrencies, digital euro or using different types of financial services and, last but not least, (iv) the security of the European financial system, both within the euro area and the national financial systems of the Member States.

2. Next, the key role is played by the concept of the unified digital financial market, which lacks the horrific fragmented national regulation for any digital business, which often restricts or hinders the cross-border provision of financial services and the free movement of capital. The purpose of the regulation is to provide equal opportunities for the development of the financial sector and to place it in a leading position worldwide.

3. European values, seen in the light of the rights and freedoms of European citizens and the protection of their personal data, are the next natural factor which will determine the spirit of the future regulations. European consumers, especially those with insufficient digital skills, who are still directly or indirectly affected by the development of financial technologies and changes in the way financial markets operate, undoubtedly need the additional protection which can be provided to them through regulation.

We should not also forget the fact that users of digital financial services are still voters who are already living, working hard and investing in cryptocurrencies and new financial services, and the majority of them need the protection of the law.

4. Last but not least, keeping the sovereignty of the European financial system and the control of the EU and the Member States over their own financial policies goes hand in hand with reducing dependence on third-country players. This circumstance is the key to understanding the regulatory approach applied.

It seems the leading role and dominance of US and Chinese internet giants in communications, online commerce, online search and advertising, artificial intelligence and other new technologies seem to be the trigger for the EU quest to provide the most predictable, technology-neutral and innovation-friendly regulatory framework. One of the means to achieve this kind of emancipation seems to be the introduction of a new European currency - the digital euro.

Ensuring the possibility of pursuing the most independent monetary, financial and trade policy as an expression of the sovereignty of the EU and the Member States can also be clearly identified as the aim of the new regulations and especially of the idea of ​​this new currency.

In addition, this desire to strengthen its own sovereignty, acts as a natural counterpoint to the widely proclaimed goal of cryptocurrency proponents to create a common and secure means of payment, regardless of and not subject to individual governments and states and protected from unilateral interference in support of a given national interest.

In the light of the above principles, the forthcoming regulation aims to introduce a degree of security in the field of cryptocurrencies as an investment instrument and a means of making payments in order to strengthen the role and position of the EU in the field of financial technologies. On the other hand, the idea of ​​a digital euro can be explained by the EU desire to harness some of these same technologies as a tool and means of preserving and strengthening its own sovereignty.

This can be clearly seen from the concept of the nature of the digital euro developed so far, and in particular from the Digital Euro Report of October 2020 and the Scope of Experimenting with the Digital Euro and Key Lessons of October 2021, prepared by the European Central Bank and the Eurosystem. Here are some of the leading features of the digital euro according to these two documents.

Key parameters of the digital euro

It will have the same value as the euro and will be used together with it, but will not be a parallel currency. In this way, any fluctuations in its value will be limited to those typical of the classic fiat euro.

The digital euro will be the official currency, the issuance of which will be controlled by the Eurosystem, but will also be easily accessible to third countries and their citizens. It will be a means of conducting monetary policy, i. e. a reference interest rate will be set for it and the volume of digital euro in circulation will be controlled. It will be market neutral and will not restrict private solutions (e. g. electronic money), but will be able to work with them. It will be accessible to all EU citizens and will allow free payments between them, including ones in offline format.

In contrast to the digital euro, the draft Regulation on cryptocurrency markets is slightly more liberal in terms of the key factors and principles discussed above and is likely to underlie the first genuine regulation of cryptocurrencies and related services at EU level.

It is worth noting that the project does not mention cryptocurrencies, but cryptocurrencies, defined as "a digital representation of value or rights that can be transferred and stored electronically through distributed registry technology or other similar technology." This is probably due to the European Commission's desire not to encourage the use of cryptocurrencies as money and a means of payment to buy for example coffee in the morning on the way to work.

The aim seems to be to perceive cryptocurrencies (defined as cryptoassets) as a form of digital “commodity” or an instrument that can be invested in, like investment gold, for example. After all, no one carries gold in their pocket to buy coffee in the morning. Thus, cryptocurrencies based on distributed registry technology such as the popular Bitcoin and Ethereum, which are still used primarily as an investment instrument and much more limited as a means of payment, most probably will continue to have limited participation in ordinary civil and commercial turnover at least in the near future.

Time will show whether this prediction will turn out to be true, but the development of the two initiatives - the introduction of the digital euro and the regulation of cryptocurrencies will in any case be an important indicator for the future of financial technology, at least in the EU and is worth following.

Intentions for both projects are to be adopted as soon as possible, but given the specific character of the legislative process, we can expect that at best the Regulation will be adopted in the next 2022. As for the digital euro - we will have to wait for it more because the idea is still in its early stages of development.

BOTTOMLINE With the development of big data, artificial intelligence and the exponential development of blockchain technologies and the associated boom in cryptocurrencies, new technological solutions and services are appearing on the market every day.

Change or post-democracy: (im)possible citizen trust for parties and leaders