Threads from the future 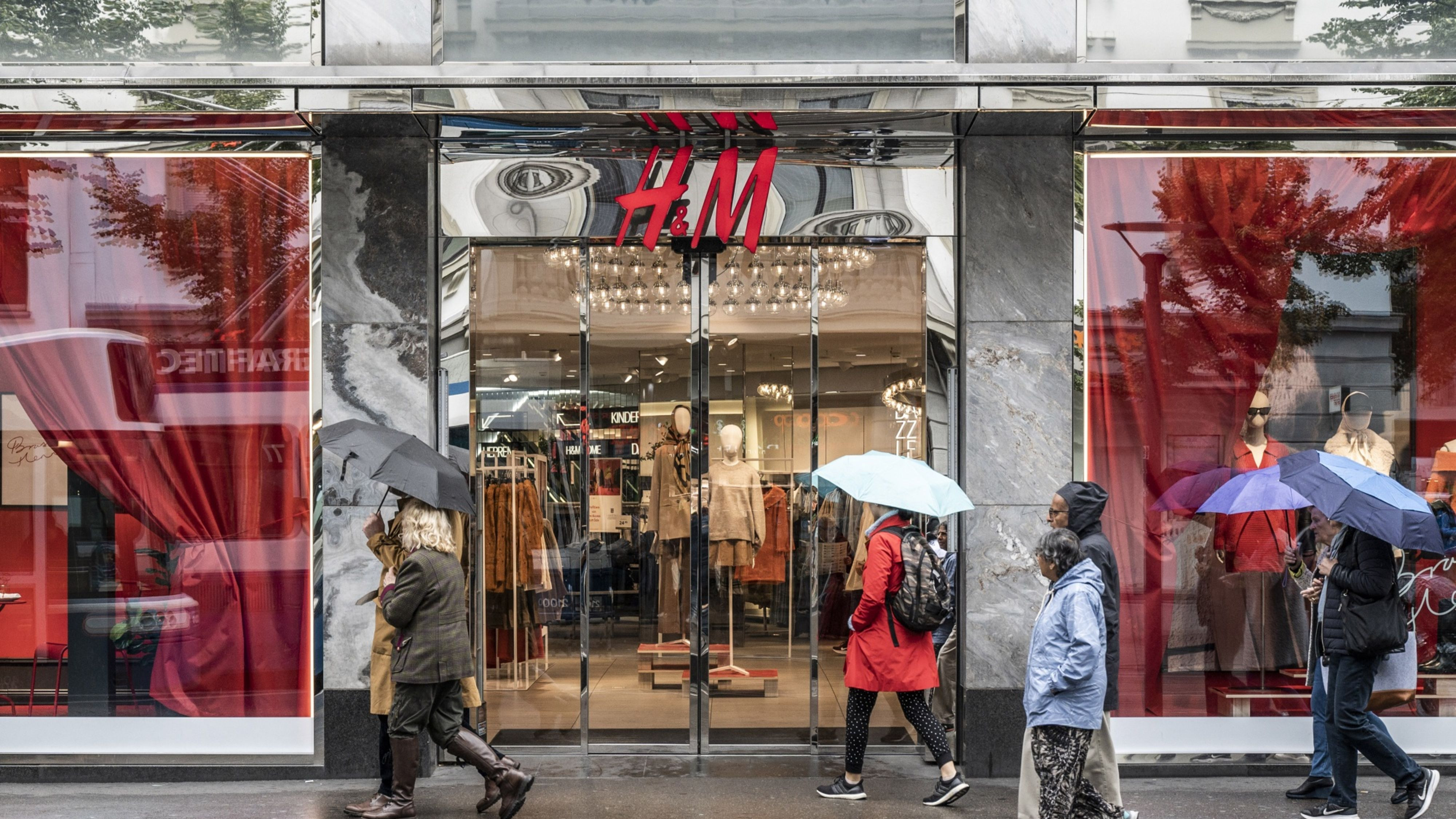 Global fashion industry produces between 100 and 150 billions item quantities annually. That equals to almost 14 items per each person living on the planet Earth. Textile production generates almost 10% of all greenhouse gases, which is more than aviation and maritime transport combined. An interesting fact that a study by the company Movinga found is that people do not wear more than 50% of their clothes, and another study on the problem of overuse of textiles showed that nearly 2/3 of all clothing produced ends up in incinerators or landfills, within 3 years after it was manufactured.

Having in mind the growing planet population, as also the changing habits of customers, it is mandatory for the world to search for new threads with which to weave its own sustainable development. Almost two-thirds of all textile fibers worldwide are synthetic, including the most common of all, polyester. In 2002, polyester overtook cotton as the most common raw material in the textile industry, and today it accounts for 52% of total fiber production.

Natural materials now account for less than a third of all fibers used, with cotton remaining the main raw material. The global apparel market is currently estimated at approximately $600 billion and is expected to grow at an annual rate of over 7% over the next 4 years to reach $840 billion in 2026. The growing share of online shopping will be one of the main drivers. of increased demand for clothing even in many developing countries. In countries like India, for example, e-commerce portals have substantially increased sales of traditional garments.

Threads of concern. Although cotton cultivation remains critical to the livelihood and development of a number of underdeveloped areas, especially in Africa and Asia, the world urgently needs to find alternatives to the materials for the clothing of the inhabitants of the planet. The trend of a growing world population, which will reach 10 billion people in 2050, requires the textile and fashion industry to reach out to the technological visionary for the creation of a textile material that develops sustainably without causing such great environmental damage, to be comfortable , beautiful and elegant, susceptible to dyes, durable and easy to maintain. Creating the threads of the future is a task for which a number of companies have dared to look for a sustainable solution.

Cotton is a universal raw material, known to mankind for thousands of years, used in many products, but mostly for the production of clothes.

One standard bale of cotton (approximately 227 kg of cleaned cotton lint) can be made into more than 200 pairs of jeans or 1,200 T-shirts.

In just one year, 27 million tons of cotton are produced worldwide, or the equivalent of everyone on planet Earth having 27 cotton t-shirts in their wardrobe. And the expectations are that by 2028 the production will reach 30 million.

Cotton is the most valuable (legal) non-food agricultural product in the world, but the cotton industry today is also one of the most polluting industries.
To grow the raw material, huge amounts of pesticides and fresh water are used, as well as huge areas of arable land. An interesting fact is that cotton crops occupy 2.5% of the total cultivated area worldwide, but use a record 24% of all insecticides, as well as 7% of herbicides applied worldwide, which are record values ​​compared to any other agricultural culture.

In recent years, a number of extremely harmful chemicals have been used on cotton crops to increase cotton yields, incl. nerve agents and neurotoxins. Traces of these chemicals (as well as their effects on human health) are transmitted through the cotton fabrics that each of us wears.

Cotton production is also extremely intensive having in mind the usage of fresh water. For a pair of jeans are used the average of 10 tons of water and quantities needed for the production of one tone of cotton equal to 1,5 times the volume of one Olympic size pool. One of the greatest ecological catastrophes of our time is the disappearance every year of an entire sea - due to the fact that the main rivers that feed it are used to irrigate cotton plantations. The Aral Sea in central Asia has already almost completely dried up, and the salt that has settled on the bottom is being blown by the wind in a diameter of 300 km and significantly disrupting the quality of agricultural lands in the area.

Over 75% of the world supply of the raw material is controlled by 5 countries. India is the largest producer in the world with a record 6.1 million tons per year, followed by China with 5.5 million tons, the USA with 4.1 million tons, Brazil and Pakistan with respectively 1.9 million and 1.7 million tons annual production.

The other main thread in the world's textile industry is polyester - light, strong, easily dyeable, can be woven or knitted, and also has the unique ability to easily mix with other synthetic and natural fibers. When it appeared in the 1970s, polyester textiles attracted the attention of the fashion industry with its characteristics of easy washing and ironing, the absence of wrinkles, as well as the relatively low production cost. Polyester is a derivative of the oil industry, and its rise over the past 50 years has been one of the factors fuelling the growth of the well-known "fast fashion" - as well as the almost disposable clothing produced today. In 1980, the volume of world production of polyester was 5.2 million tons, and in 2020 the world demand amounted to almost 54 million tons. The inclusion of a significant part of the Earth's population in the segment of developing economies has led to the increase in living standards and, accordingly, has driven the growth in the demand for textiles and clothing. The extremely rapid growth of the textile industry in these markets has determined the significant growth in the demand for the specific threads for the fashion industry. The ever-increasing variety of sports fabrics, quick-drying and elastic clothing specifications lead to increased demand for polyester as well.

The production of polyester has a high ecological footprint, and its products are very difficult to recycle. Polyester is made by a chemical reaction involving coal, crude oil, air and water. Its production has a less negative impact on the environment than the production of natural fibers in terms of water and arable land, but nevertheless, the energy required to produce polyester makes it a process with a large indirect impact on the environment.

In its chemical structure, polyester is a type of oil-based plastic, and as such does not degrade like natural fibers. Rather, it remains in nature for at least several decades. A major problem that causes serious environmental damage is that during washing, fibers from polyester textiles are separated and enter waterways and oceans as microplastic fibers. According to a number of studies, they are then ingested by fish, clams and other aquatic creatures and thus concentrate the toxins up their food chain, and have been shown to enter human food chains as well.

In search for threads of future

Ecological problems of textile industry are serious and many technological companies and startups are trying to make a breakthrough in the threads of the new era. At many of them science meets fashion and the results are more than promising. Both for nature and consumers.

The company Oros Apparel, created by Michael Marksberry and Rithvak Vena, managed to create the warmest jacket in the world by using a special aerogel, which is also used by NASA. The Cincinnati-based company created the Solarcore product line, which is an ultra-thin fabric that incorporates the material used to insulate the space shuttles as well as the rovers in NASA's program. The newly created fabric from Oros registers outstanding properties compared to other 250 insulating materials, while remaining extremely light and significantly reduced in bulk compared to more specialized cold-weather garments.

The company's jackets have been tested in the most extreme conditions, with professional climbers and athletes claiming it is the warmest jacket in the world. In support of these findings, the company's most popular models - the Orion Parka and Endeavor jackets - volunteers "climbed" with them on various Nepalese peaks, wearing only a T-shirt underneath. The Orion Parka was also successfully tested by a group of German tourists who crossed the tundra on snowmobiles, moving at a speed of 60 km/h. at - 40°C. They were the ones who confirmed that the company's clothes are "the warmest in the world".

Over the past two years, the company has managed to raise an additional $5 million from various investment funds and private investors for its production, and currently the two main jacket models cost $440 for the Orion Parka and $480 for the Oros Endeavour, respectively. Synthetic materials are mainly used for the production of Oros, and technological advances in the textile industry prove that it is possible to reduce the effect of excessive use of textiles, as well as the unnecessary disposal of clothes.

Swedish recycling company Renewcell (RENEW: NASDAQ NORDIC) produces a special material (Circulose) that is made entirely of 100% recycled textiles. In 2021, the company opened its first factory in Sundsvall, which is now fully operational and meeting the accelerated demand for the innovative material. Circulose is a fully soluble cellulose pulp that the company produces not from organic resources, but from recycled textile waste and mainly from recycled cotton clothing. Soluble cellulose pulp is the main ingredient in the production of man-made cellulose fibers such as viscose, modal and lyocell.

Currently, cellulose is the most common organic polymer in the world, and the purest cellulose in nature is precisely cotton, which Renewcell wants to replace with their innovative material. According to the company's management, the process of recycling cotton and viscose fibers will significantly contribute to the implementation of a circular economy model in the fashion industry, considering the amount of clothes that are thrown away annually. The company announced that it will partner with one of the main Chinese viscose producers - Tangshan Sanyou, with almost 50% of the cellulose in their production being replaced by Circulose.

H&M Group supports Renewcell since its establishment and in 2020 the world famous brand announced that it will be the first one to use the new material in the production of special collection of clothes. Other global brand from the world fashion industry Zara, part of Inditex Group, is also a partner of Renewcell for the development of a specialized collection made with Circulose.

AlgiKnit, a start-up company founded in 2017, develops textile materials from seaweed - one of the most renewable and regenerative organisms on the planet, creating yarns and fibers that do not rely on petroleum or toxic chemicals. The US-based company has successfully completed another round of funding, raising an additional $13 million and has been heavily backed by a number of funds, including the investment arm of giants H&M. The company also opened a new manufacturing center in North Carolina, targeting a significant expansion of its team. AlgiKnit threads are produced by extracting a substance called alginate from seaweed and combining it with renewable biopolymers. The resulting fibers can then be woven into textiles and colored with natural pigments. The company is targeting the use of these new products in a number of industries, including fashion, furniture and automotive.

THE BOTTOM LINE With the growing population of the planet, as well as changing consumer habits, the world must necessarily look for new fibers with which to weave its sustainable future