Are we approaching a time when owning a car will be unattainable for most Europeans? 10 factors that push us there 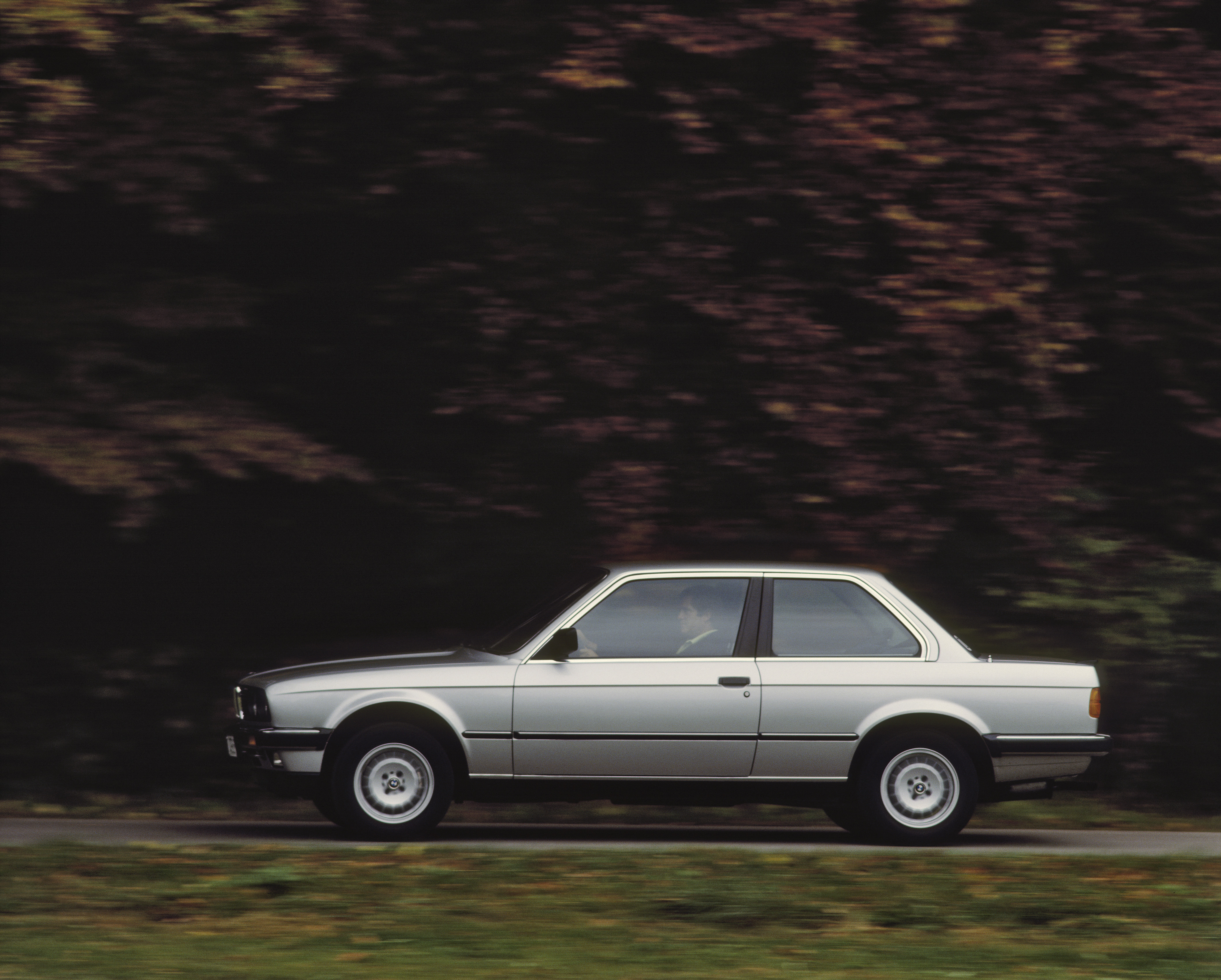 “A car for every purse and purpose” under this slogan Alfred P. Sloan once made General Motors the world’s largest carmaker and the car itself – something publicly available. Owning a personal vehicle has given people unprecedented freedom, it fundamentally changed the labour market, increased competition between employers, developed entirely new industries, led by mass tourism. However, today it seems more like that the time of owning personal vehicle is over. Simply because Sloan’s slogan is no longer valid.

The rice in the price of cars exceeds higher than the usual course of inflation. And, according to the unanimous opinion of experts, this is just the beginning. Here are the ten main factors that will shape the future of the personal car.

ECOLOGY The most significant reason for a rising in the prices is the attempts to reduce harmful emissions. In the name of this purpose, the European Union created the so called “European standarts”. It started with Euro 1 in 1992. Now Euro 6d is in force. The European standarts limit the maximum amounts of harmful substances, emitted by cars – especially nitrogen oxides, carbon monoxide, fine dust particles. Through the years between Euro 1 to 6d, the permissible concentrations decreased several times. To cover them, carmakers have to use new tricks – catalysts, urea injection into the exhaust gases of diesels (so-called AdBlue), the introduction of a particulate filter and gasoline engines (GPF) and so on. Naturally, any additional technology makes production more expensive. There is also a limit for the so called greenhouse gas emission – the emitted amounts CO2. Under the current regulation 2019/631, in force since January 2020, they are limited to 95 g / km on average per car. Carmakers who exceed it, pay fines – 95 euros for each extra gram per car. This will explain you why bigger engines suddenly disappeared from the mainstream cars and entire brand such as Infiniti, for example, left Europe and also why is everyone using three-cylinder turbocharged engines instead of the simpler and more reliable naturally aspirated engines.

But things are yet to become more complicated. From 2025 the next standart will come into force – Euro 7. Clerks in Brussels have not yet specified what exactly will it be, but the suggestions are for a reduction of up to 10 times the limit for carbon monoxide and between 3 and 8 times for the nitrogen compounds. Many people in the automotive industry have described this as a real ban on the internal combustion engine, and even on hybrid cars. After Euro 7, only clean electric cars will survive.

ELECTRIC CARS In theory, they sound as a good decision for Europe: zero emissions in the cities, more efficient usage of wind and solar energy, reduction in the EU’s dependence on fuel imports, which is now worth € 1 billion ... a day. There are still problems in the field of infrastructure, electricity generation and adaptation of electricity transmission networks, but they are solvable.

RAW MATERIALS The constantly repeated mantra in the industry is that with the mass production, the price will decrease, because they will achieve economies of scale, and their price will be equal to that of internal combustion cars. However, this is not happening. The cost of batteries has actually dropped more than ten times from early models 15 years ago. But it's still well over $ 100 a kilowatt hour. And economies of scale are counteracted by rising commodity prices due to increased demand. Mining.com makes its EV Metal Index, tracking the quotes of the main metals used in electric cars. For the period from the summer of 2020 to the summer of 2021, this index has risen by 167 percent. Lithium hydroxide exceeds $ 21,500 per tonne. Cobalt is over $ 60,000 per ton.

SUPPLIERS. The other big problem with electric cars is that they have a hard time making a profit. Most manufacturers sell them at cost, relying on their traditional gasoline and diesel models for a better margin. Tesla's long-awaited first annual profit was achieved more from emissions quotas sold (to competitors such as the FCA) than from the company's margin on electric vehicles.

The reason is, as Philippe Brunett explains, that the battery is 50% of the price of the electric car, and 80% of the price of the battery comes from the cells. Which no major car manufacturer produces on its own. There are none outside Asia among the ten largest battery manufacturers in the world. In the Top 3 are the Chinese CATL, the Korean LG Chem and the Japanese Panasonic, which together hold almost 70% of the market.

Here's the problem: if gasoline and diesel cars drop out of the bills, manufacturers will have to profit from electric cars. Which means selling them at prices higher than their cost. And at the same time start making their own batteries. Almost everyone has taken steps in this direction - from Volkswagen and Renault to Tesla. But the creation of such productions is also a serious investment, which must then pay off.

MICROCHIPS. At first glance, this is a simple crisis of the supply system, caused by the interruption last year and the sudden increase in demand for all kinds of mobile devices, as well as boards for the extraction of cryptocurrencies.

But in fact, the current shortage of integrated circuits is likely to transform the very model by which car companies buy them. In the past, chipmakers have been reduced to the level of second-rate suppliers, dancing to the powerful car giants tune. But now they are skillfully using the crisis to win better positions. Intel boss Pat Gelsinger, in plain language, advised car companies to stop buying the "cheapest" chips at 50 cents apiece, and switch to more modern products. But the difference in price, of course, will be at the expense of the end user.

GREED. Car companies like to cite external factors when they have to justify higher prices. But the truth is that there are also internal ones - mostly the growing pressure from the shareholders. In the past, most carmakers were family businesses. Today, they are captivated by financial investors who want a higher return. Volkswagen, for example, has been operating for years with a profit margin of around 2-3%. But the comparison with Toyota and its 15% put too much pressure on several German executives. Today, everyone wants to sell in the higher segments, with a larger margin. Peugeot has already achieved this, now the same is at the heart of Renault's transformation plan. This also explains the ever-decreasing thinning of the small car segment - with the increasing technical requirements, they are simply no longer profitable. Recently, Skoda boss Thomas Schaefer calculated that under the new eco-standards, a car must cost at least 23,000 euros to make a profit.

COMPETITION From the 90s up to this day, the automotive industry production capacity doubled. Most companies have factories in excess. The model of constantly rising sales with a margin getting smaller and smaller worked mostly because of the rapid development of new markets, led by the Chinese one. But now China has its own automotive industry which seriously opposes to European, Japanese and American.

MANDATORY SYSTEMS. Another specificity of the European market, which makes cars more expensive here than in America. The European Union is not only tightening emission standards, but is constantly expanding the list of mandatory equipment. It started at the time with seat belts, ABS and electronic stabilization systems. Today, tire pressure sensors and automatic accident alarms are mandatory. From the middle of 2022 the obligatory equipment will be: the alcohol dredger in the car, which will block starting the car in case of a positive result; the camera to monitor whether the driver is careful; a system for automatic observance of the maximum speed, which will not allow you to exceed; traffic video recording system; even more precise tire sensors, and a few more similar additions. Who will pay for all of them? And you know the answer yourself.

TAXES. The success of electric cars in recent years is largely due to the generous subsidies for their purchase, granted by most governments. But these subsidies are temporary. The other compensation for the high cost of electric cars is the lower cost of charging them compared to gasoline. But even this will not last long. The problem is that currently excise duty on fuels is a major source of revenue for governments. The British Tony Blair Institute for Global Change recently estimated that with the increase in electric vehicles, treasury revenues will fall by 10 billion pounds by 2030, and by as much as 30 billion in 2040, when most cars on the road are expected to be electric . The way to compensate for this is to introduce a tax on the kilometers traveled by the electric car. Thanks to the car's connectivity, the authorities will always know exactly how much and where you drove.

OLD CARS. Even for wealthy Western Europeans, current prices for new cars are too high. One proof is that in the last two months the best-selling model on the continent is the Dacia Sandero. The other is that the demand and the price for used cars is growing everywhere. In Spain, this market has grown by 39% in the first half of 2021. In Germany, the average selling price of second-hand has risen by as much as 3,000 euros per year.

Does this mean that Europeans will drive older cars in the future? Which would completely erase the pressure of Brussels officials? Actually not. Officials have thought about that as well. First, old cars are likely to be banned for use in most major cities. And secondly, one of the pillars of the infamous Green Deal provides for the emission quotas now imposed on energy and heavy industry (which have already led to a significant increase in electricity prices) to be transferred to motor fuels. If this proposal is accepted, the price of gasoline in Bulgaria could jump to over BGN 3.20 per liter in 2023, predicts Svetoslav Benchev, an expert from the Bulgarian Oil Association. In Germany, a similar scheme is already under way, raising the annual cost of the average household by about 400 euros.

WHAT IS THE CONCLUSION FROM ALL THIS? Not particularly happy for those who love their car: in the future in Europe it will be difficult and drastically more expensive to own a personal car. It will be replaced by schemes for renting, sharing, subscription use. Just as Ostap Bender, the immortal hero of Ilf and Petrov, said: the car is not a luxury, but a vehicle. Like everything in life, it has its pros and cons. But in conclusion, I want to let you think about a quote from an essay by the great English writer James Ballard, written in 1971. In it he says: „The car as we know it is on the way out... I deplore its passing, for as a basically old-fashioned machine, it enshrines a basically old-fashioned idea: freedom. In terms of pollution, noise and human life, the price of that freedom may be high, but perhaps the car, by the very muddle and confusion it causes, may be holding back the remorseless spread of the regimented, electronic society.“

The less, the more…

The Biden doctrine between Kissinger and Soros