What are for us, Bulgarians, the popularly called "stan countries" and how does Bulgarian business perceive this region of the world as a potential place for business and investment? There is not a single answer to this question 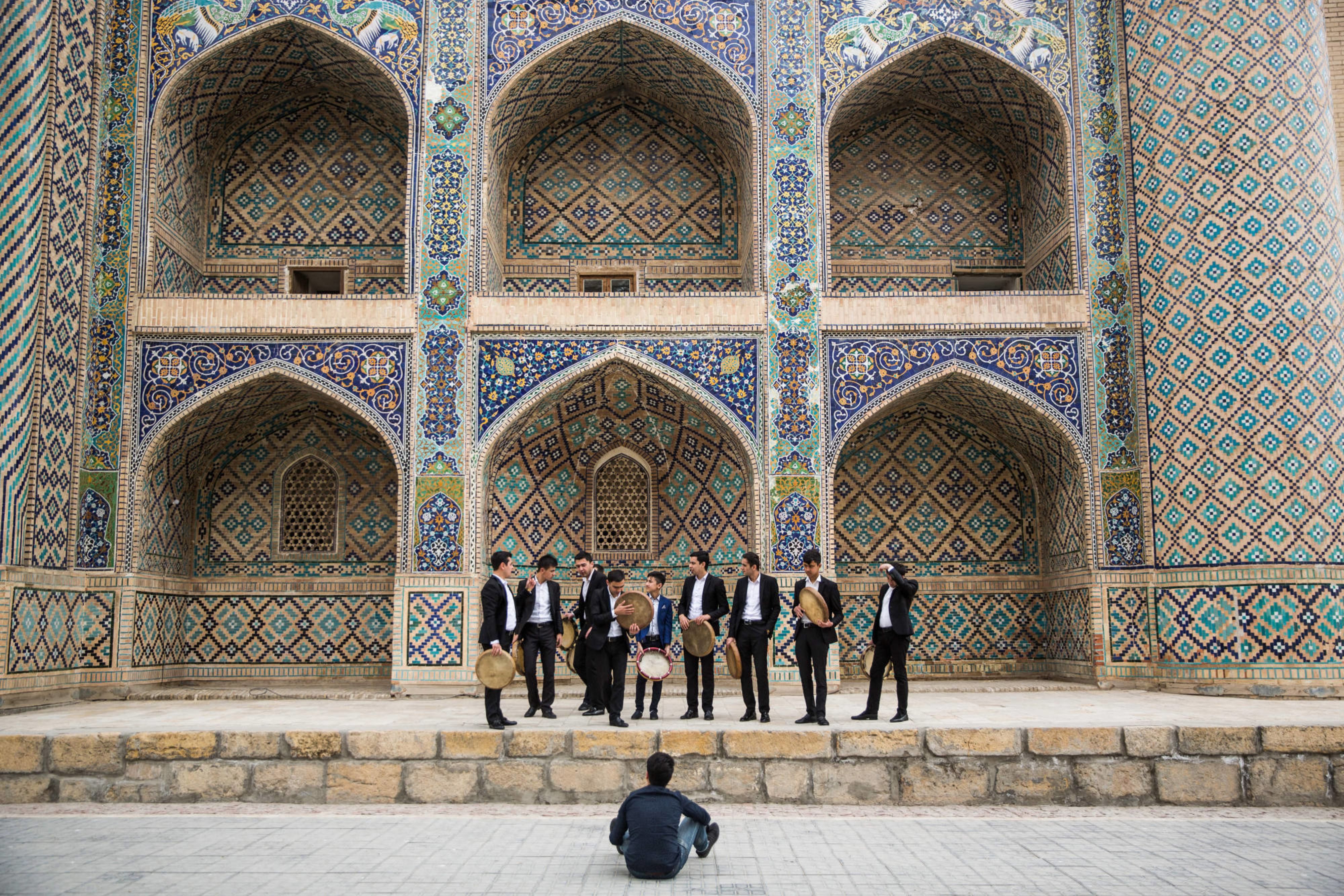 Recently, I travelled a lot in this region, in relation to various projects funded by global international institutions, and I observed certain trends in the perception and attitude of Bulgarian business to this part of the world.

Which are exactly "the stans"? These are the countries united under the name of Central or Middle Asia, or in other words - Kazakhstan, Turkmenistan, Tajikistan, Kyrgyzstan, Uzbekistan and of course the star of world news - Afghanistan.

Practically, the kind of capitalism they aspire to, is far from the notions of the Western Christian liberal entrepreneur, and this is entirely in the realm of common sense for the simple reason that Central Asia is actually Asia, and it is also in the Center, not influenced by sea routes and exchange of cultural values, while the great steppe and deserts are not being very hospitable to foreigners and their customs for centuries.

On the other hand, in the Middle Ages, not one or two cities in the region competed in terms of wealth and power with Baghdad as centers of trade and politics along the mystical Silk Road. In fact, these countries are very different, despite having common borders with each other and ethnic origin: for example, about a million Tajiks live in Uzbekistan and ethnic Uzbeks live in the northern part of the Fergana Valley in Kyrgyzstan. In this aspect, Central Asia is very similar to the Balkans, where - at first glance, we are close to each other and even have common roots, but in fact we are very different. Compare, for example Bulgaria and Greece, it's the same to compare Kazakhstan and Uzbekistan, except that they have the name "stan" at the end.

What are the restrictive notions of Bulgarian business for these countries? In the first place, it is the deficit of an updated and active idea of the modern appearance of this region. It is no secret that in order to invest and do business in Central Asia, this economic territory has to provoke you, enchant you with something, in order to see your potential and opportunities, so that you do not accept it through the prism of the prejudice typical about us. And above all, you don't have to look at it as a "sahib", i.e. as the English regarded India two centuries ago - with ridicule, contempt and arrogance.

These countries have different business climate, different perceptions and attitudes towards foreign business and investment in that particular place. I would like to emphasize that state institutions in the region are closely connected with the business and actually without the support at local level, it is very difficult for a foreign investor to do anything. At the same time, the central government requires from its local units to seek for investment and develop promising projects, which in turn leads to a much more open policy - compared to what it was 7-8 years ago.

As for Bulgarian business, our ideas about these countries are, to put it gently, outdated, they are largely a reflection of the negatives of the collapse of the USSR. Of course, the way of communication is far from that in Europe or the Far East, and the closure of many of these economies in the years after 1991, when they all declared independence, determines some of their features. Here, for example, if you want to be noticed, you have to be present in the particular place, to be live and be present at exhibitions, various forums or events. Digitalization is developing dynamically, but in a number of sectors it is far from being at the required level, market entry is slower and time and investment are needed to achieve a sustainable level. Bulgarian business lacks exactly this patience. Due to the Bulgarian mentality and the uncertainty of the market, our businessmen are looking for rather quick results with small investment. But here this formula does not work. In case of genuine interest in business here, Uzbekistan is the most suitable place - both for investment and for sustainable business. A number of international companies are reconsidering the positioning of their headquarters and moving them from Almaty (previous name Alma-Ata, the former capital of Kazakhstan and capital of the Kazakh SSR), until recently the heart of international business in Central Asia, to the right place - Tashkent, the capital of Uzbekistan. It is a large city with a population of 4.5 million people providing many broad opportunities for business, both locally and regionally. Undoubtedly, the ambitions of the President of Uzbekistan, Mr. Shavkat Mirziyoyev, are bearing fruit in the direction of establishing the country as a springboard to other Central Asian countries, including the currently popular Afghanistan. 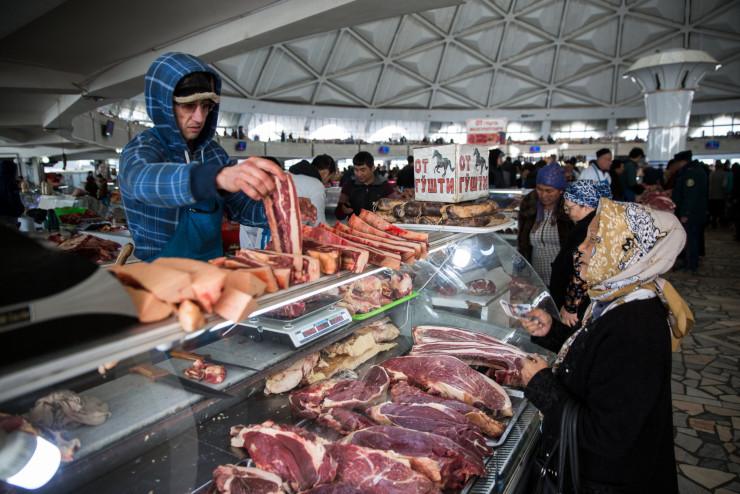 Personally, I am absolutely convinced that this seemingly remote region of the world will develop in the coming decades as the territory of the new Asian dragons. Having observed closely the development of these countries over the last 7 years and having seen the changes, I believe that most of this is really going to happen - it is enough Kazakhstan, Uzbekistan and partly Kyrgyzstan to start following this path. This will lead to a change of the whole, extensive and dynamic enough region, both as a territory and population, but most of all as a potential for a business.

Uzbekistan forms a gate to the economies and markets of Central Asia and this is clear from the geography of investors: in addition to the major players such as Russia, China, Germany and Turkey, there are also representatives of 34 countries who invested more than $4.5 billion in 2019 in various projects.

People often ask me the question what is the Bulgarian government doing to support our business to enter these markets. The answer, unfortunately, is - nothing. Things are even getting worse. Unfortunately, the Trade and Economic Affairs Office (TEAO) in Tashkent was closed more than a year ago, which was a big mistake for me, since the last two TEAO representatives K. Dragnev and D. Zayakov helped more than one or two Bulgarian businessmen to find their way in the situation. Another important point is that in Tashkent we do not have a fully entitled ambassador and the Bulgarian embassy is kept to a minimum. This also results in a much more reserved attitude towards Bulgaria by the institutions in Uzbekistan compared to countries such as Latvia, for example.

Honestly speaking, there are potential opportunities for doing business there, and actually quite a lot. An important advantage of Bulgarian business is that we are largely more adaptable to such markets than our Western competitors, and Bulgarian businessmen relatively easily find their way in the situation because they see a number of familiar aspects familiar to the picture of our home country dating back to 10-15 years ago. It is important to know that these countries have the opportunity to catch up with these 10-15 years - if not for 5, but for 7-8 years at the most and in order to be able to collect what is positive, we need to enter these markets now: until it is possible and relatively cheaper. As time passes, this will neither be profitable nor possible to such an extent.

BOTTOM LINE Central Asia, a seemingly remote region of the world, is expected to develop in the coming decades as the territory of the new Asian dragons.

The Biden doctrine between Kissinger and Soros