The New Race: The Overhuman in search of meaning 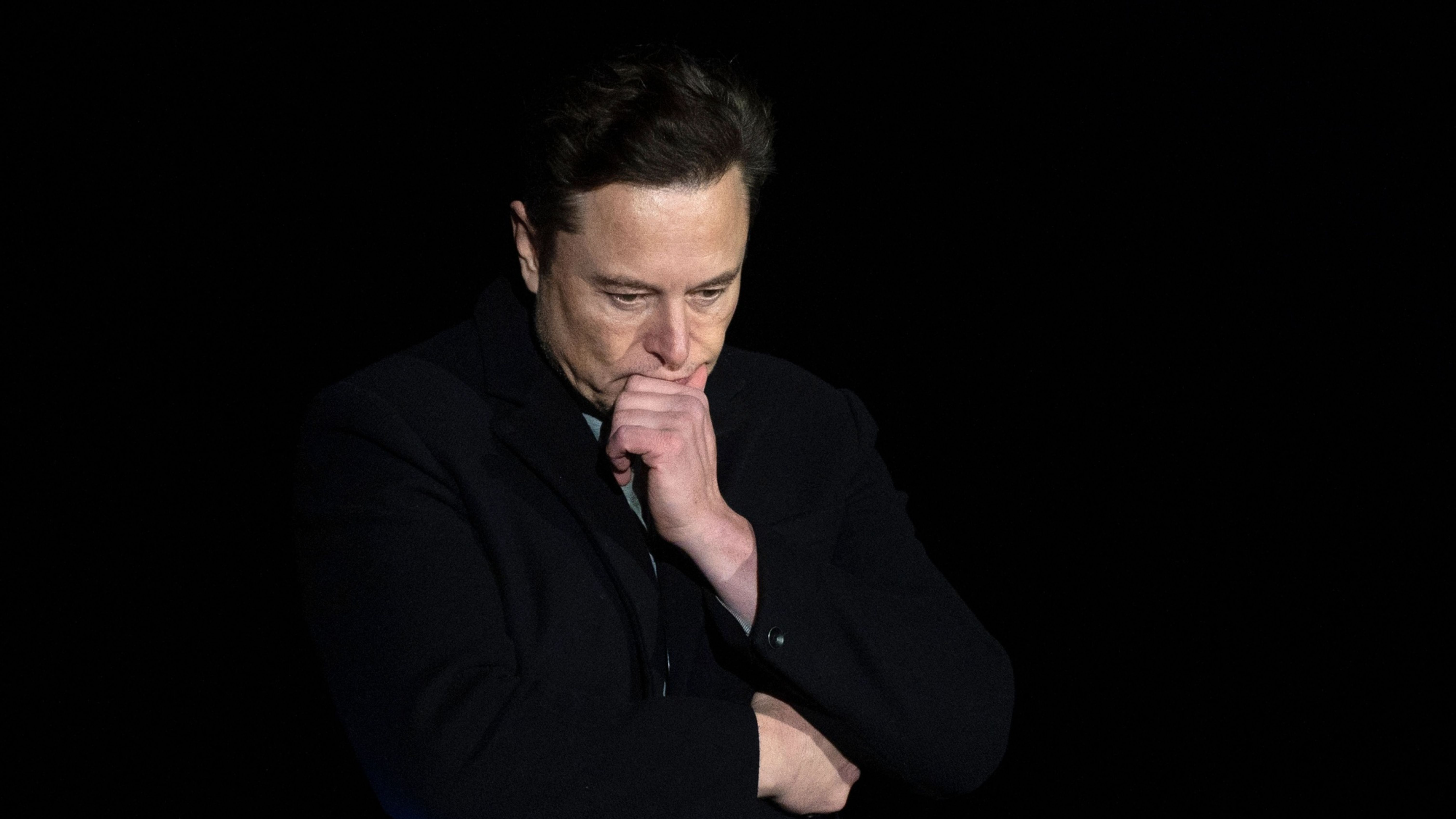 Soon the company Neuralink Corp. of billionaire Elon Musk will take a step towards human improvement. Having already tested a computer implant on animals, the company is awaiting approval to begin testing on humans. Neuralink Corp. perfected a product that consists of a miniature device and wires connected to an electrode, along with a robot that cuts out a piece of a person's skull and places an implant in the brain. The purpose of the brain-computer interface, known as BCI, was initially to allow people with a serious illness such as ALS (amyotrophic lateral sclerosis) or suffering from the effects of a stroke to communicate through their thoughts. Neuralink Corp.'s device converts neural spikes into data that can be interpreted by a computer.

Musk focused on developing the brain implant with the idea that it would be humanity's antidote to the rise of artificial intelligence. His claims are that humans can only keep up with the progress of artificial intelligence with the help of computer-like gadgets. During a Neuralink Corp. event. Musk also talked about working on two major products in addition to the brain-computer interface. Implants that can be inserted into the spinal cord and potentially restore movement to a person suffering from paralysis. Also, an eye implant designed to improve or restore human vision.

All these "improvements" on man raise a bunch of ethical questions related to the development of civilization. Would not the possibility of our improvement confront us with the greatest division that has ever existed in human history—that of "over humans" and mere mortals?

The world of “over humans” “It would be a real challenge if the human began to be perceived as a “project” or a subject to design. In the course of history to this day, personal improvement has been an expression of over-effort and wilful overcoming of obstacles within and without us. The process itself is transformative through catharsis," explained futurologist Mariana Todorova to Bloomberg Businessweek Bg. She adds that "over humans" will be largely devoid of such challenges, which will lead to problems of a different nature - loss of identity and an existential crisis of finding meaning.

The concept of "human enhancement" is about enhancing human potential through technological development and transhumanism. It is this theory that Musk followed when developing the brain implant. Mariana Todorova explains that this concept reflects the understanding that man has reached his limit as a biological entity and can henceforth improve through "nano", "bio", "cogno" and "digital" technologies.

"In this plan, human enhancement can be done at the biological level - through anti-aging programs where it is perceived as a disease state rather than a natural process and the pursuit of life extension by creating organs and tissues from stem cells in test tubes or host organisms with close to our DNA, through 3D printing and through “clustered uniformly spaced palindromic repeats (CRISPR/CAS9) - a specific, efficient and universal technology, a kind of genetic "scissors" that we can use to change, delete or correct precisely specific regions of our DNA in the embryonic or mature phase", explains she. Also, human enhancement involves multiple enhancement of intelligence and cognitive capacity by connecting the brain with cloud system and artificial intelligence. "Technological optimists accept this trend as the only possible way forward. But many philosophers, psychologists and ethicists interpret it as a higher form of negation of authentic human nature and a desire to transform it into a new reinvented essence, which can become an expression of the eugenics of the 21st century," explains Mariana Todorova.

The question she raises is whether, in its modern dimensions, this approach is again available to a select privileged elite or follows the increasingly propagated vision of horizontal structures of decentralization. "If these improvements are available only to rich people, then classes can turn into races and create human subspecies, which would be an expression of National Socialist dystopias," Todorova is emphatic.

"Baby design" and social discrimination in order for parents to be sure that their child will not inherit diseases, projects related to pre- and embryonic pre-selection of genes are already being developed. But apart from avoiding various hereditary diseases, parents will also be able to choose height, eye colour, hair, etc.

Here, Mariana Todorova points out that "baby design" will question the concept of parenthood and how it will be interpreted, since it will be possible for a child to carry the genes of three, four and more parents. "How will the data from reading the genome, which is already a fact, be used so as not to lead to social, labour and health discrimination?" adds Todorova. An accelerated process is currently underway to establish banks for such information and collect it, as it is necessary for the development of artificial intelligence through machine and deep learning, which will be able to make a genetic and profile health picture of entire nations or races. But it will also be an invaluable source for employers and any type of health and social insurance funds," analyses Todorova.

Neuralink Corp. and competition. At this point, several start-ups are ahead of Neuralink Corp. as far as human trials are concerned. Synchron Inc., has successfully implanted a small stent-like device into the brains of patients in Australia and the US. The product enabled patients who were unable to move or speak to communicate wirelessly through computers and their thoughts. Onward Inc. has also made a breakthrough in restoring some movements in people with spinal cord injuries.

The difference at Neuralink Corp. is that this type of brain surgery is much more invasive than others. And much more ambitious. In a more distant plan, the brain connected to a cloud system or artificial intelligence will have access to infinite knowledge that will not be mediated by the eyes and perceived in the classical way. "According to Musk, this is the only way for a person to remain competitive and to be able to react to that common artificial intelligence that will probably arise," said Todorova.

According to her, no one would be able to describe the mechanisms of communication between brain and artificial intelligence - which thought would be authentic and whether we would be able to tell the difference between our own or AI-assisted thoughts. As long as information can be downloaded from such arrays, it is logical that such information can also be "loaded" in the future - even without our consent. These questions sound like science fiction, but in addition to Musk, 4-5 other companies are working on the issue," explains Mariana Todorova.

Human safety when implanting a computer chip in 2009, British researcher Kevin Warwick implanted a chip in his peripheral nervous system and thus became the first cyborg. He implants a chip in his hand as well as in his wife's hand. "I asked him what his motivation was for the experiment. And he answered me that this allowed them to feel what the other was doing - curling and tapping his fingers, for example, 3000 km away, when he was in Great Britain and she was in Japan. Their first hypothesis was that the brain has the capacity to develop a new type of senses, beyond the five that we know," says Todorova.

It also explains the main risks. "When it comes to brain-related devices, the laws of thermodynamics must be very clearly observed here. That is, when a protein structure such as the brain is in contact with a silicon device, one must be careful about overheating, something that often happens with our digital devices. But, of course, a number of other factors must be monitored," Mariana Todorova believes.

It was recently revealed that Neuralink Corp. is under federal investigation for potential animal welfare violations. According to documents released by Reuters, the animal tests were carried out hastily, resulting in unnecessary suffering and even death. According to the investigation, pressure from Musk to speed up development led to failed experiments. According to the sources, since 2018, the company has killed a total of about 1,500 animals, including more than 280 sheep, pigs and monkeys, as a result of experiments. The sources characterized this figure as an estimate because the company does not keep accurate records of the number of animals tested and killed. Mistakes forced the experiments to be repeated, resulting in more animals being killed, three of the current and former officials said. They attribute the errors to a lack of preparation on the part of personnel working in conditions of constant tension.

"Even now, we can foresee the purely physiological and cognitive risks, but quite a few existential challenges would also arise - new forms of searching and finding meaning, the way we learn, practice our professions," commented Todorova. She adds that the life horizon will shift quite a bit, in the context of rising life expectancy. "Until now, humanity has always built an adaptive response to any type of change, but this time it would be at the expense of our nature and essence," she notes.

And last but not least, we should note that projects to connect the brain with artificial intelligence raise the moral question of the autonomy of thoughts, consciousness and free will. "Such communication inside the skull is unprecedented and can lead to the loss of our human sovereignty," Mariana Todorova is emphatic.

The New Race: The Overhuman in search of meaning