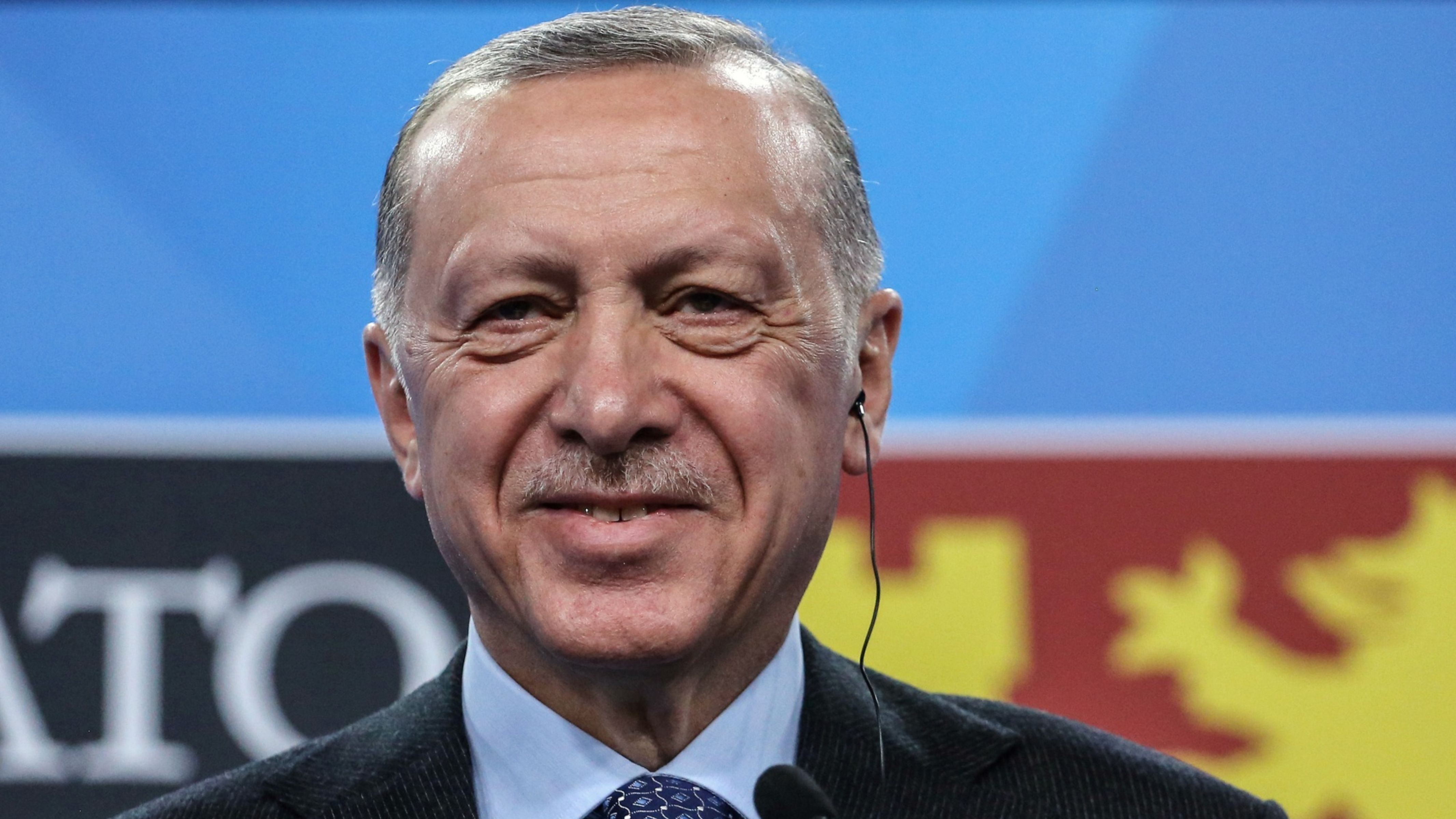 Debates about Turkey's positions in NATO and its relations with Western countries often leave in the shade an equally exciting issue: Turkey's efforts to build its military presence and partnerships around the world.

The development of processes in the Middle East after 2011 led to the outbreak of many local armed conflicts - in Libya, Yemen, and Syria - as well as to an increase in political tensions between regional blocs. The geographical proximity of these disturbances to Turkey has stimulated a rethinking of Ankara's foreign policy strategy applied until now - the famous motto of "zero problems with neighbors." Turkey found itself faced with the temptation (according to some) or the necessity (according to others) to intervene more actively in neighboring countries, and this intervention increasingly began to acquire military dimensions.

By 2011, domestically, the ruling Justice and Development Party had already managed to stabilize the country's finances and achieve significant economic growth. All this has enabled Ankara to have a more ambitious rearmament policy by stimulating the military industry and buying Turkish-made weapons.

The increased landing (air and sea) capabilities of our south-eastern neighbor were also combined with the construction of its own bases abroad - to the presence of the Turkish military in Northern Cyprus since 1974 and the long-standing intelligence and commando posts in the Kurdish Autonomous Region in Northern Iraq, an impressive training center for the Somali army near Mogadishu was also added. Thus, Ankara can closely monitor the development of the processes in the Horn of Africa and the Red Sea. Turkish troops first set foot in Qatar a year after the countries signed an agreement in 2014 to build a Turkish military base in the Arab region. Their presence is boosted as one of Doha's security guarantees after its rift with several other Gulf countries in the spring of 2017. As a result of arrangements with Moscow, Turkey has built around 80 of its military posts in the Syrian province of Idlib.

Another vivid example of Ankara's active use of the military component in international relations in Libya. Following the outbreak of conflict between various Libyan factions, Turkey supported the internationally recognized the Muslim Brotherhood-linked Government of National Accord in Tripoli. Turkey supplied him with ammunition, weapons, and drones, as well as fighters from Turkish-controlled areas in northern Syria and Turkish military personnel with command, coordination, and training functions. In the summer of 2020, it was announced that Qatar and Turkey had agreed to build a naval base in the Libyan city of Misrata. However, the further development of events in the North African country did not allow the project to be implemented.

Meanwhile, Turkey has adopted the ambitious "Blue Homeland" naval doctrine, aimed primarily at the Aegean and Mediterranean seas, but with horizons and ambitions for a more substantial presence in the high seas, including the Red Sea.

Turkey and the post-soviet space

Turkish drones and advisers were also cited as one of the critical factors for the success of Azerbaijan in the war against the Armenian forces in Nagorno-Karabakh in the fall of 2020. The media in Turkey often describe the relations between the two countries with the slogan "One nation - two countries," which is also confirmed in political actions. On June 15 last year, the two countries' presidents signed in the recaptured from Azerbaijan city of Shusha in the disputed region of Nagorno-Karabakh a Declaration of Strategic Alliance between the countries. On June 27, 2022, the Azerbaijani Minister of Defense - Zakir Hasanov, stated that Azerbaijani representatives will be appointed to the Turkish army and thus to NATO structures. Emotions aside, for Azerbaijan, the partnership with Turkey is a great way to balance Armenia's membership in the Collective Security Treaty Organization (CSTO).

Turkey has also signed large-scale military contracts with Ukraine – not only for the most widely publicized delivery of drones but also to supply Kyiv with warships. For its part, Ukraine undertook to export aircraft engines to Ankara.

Another area, part of the post-Soviet space, where Turkey is very active, is Central Asia. In the region, Kyrgyzstan, Tajikistan, and Turkmenistan have Bayraktar TB-2 drones, and Kazakhstan has ANKA drones. In 2020, Turkey and Uzbekistan signed a protocol on cooperation in military training, and in March 2021, special forces of both countries conducted a joint exercise in the Uzbek city of Termez, located near the border with Afghanistan. The chiefs of the General Staffs of both countries observed the training.

The partnership with the countries of Central Asia is vital for Ankara for various reasons, including strengthening and developing relations with these Turkic countries, opportunities to export Turkish military products, and providing a strategic corridor to Pakistan - a critical Turkish diplomatic, political and military ally. Islamabad purchases helicopters, ships, and drones from Ankara ("Bayraktar" TB-2 and "Akanja") and have agreed to the joint production of the ANKA-S crewless aerial vehicle. In April 2019 and December 2021, Pakistani, Turkish and Uzbek special forces trained jointly in Uzbekistan.

At the same time, Turkish influence in Central Asia is not limitless. In economic terms, the main partners of the five countries in the region are China and Russia, and it is doubtful whether they would watch indifferently towards the too amplified influence on the part of Ankara. For countries in the region that are landlocked and geographically isolated, Turkey is an excellent opportunity to diversify their ties and avoid excessive dependence on Beijing and Moscow. At the same time, however, their primary infrastructural efforts are directed toward China and Pakistan, which would provide them with access to the world ocean through their ports. Also, Kazakhstan, Kyrgyzstan, Tajikistan, Uzbekistan, and Pakistan are part of the Shanghai Cooperation Organization, dominated by Russia and China,  and Kazakhstan, Kyrgyzstan, and Tajikistan are also members of the CSTO. A direct connection between Turkey and Pakistan is impossible purely geographically - the country is separated from Central Asia by Afghanistan.

Ankara's interest in the "Black Continent" is determined by economic and diplomatic reasons, as the continent's 54 countries provide ample opportunities for exports, investments, the purchase of valuable raw materials, diplomatic support for Turkish initiatives in the UN and other international forums, as well and for supplies of resources needed by Turkey. 2005 was declared the Year of Africa in Turkey, and three years later, the African Union announced Ankara as its strategic partner. Turkey has significantly expanded its network of diplomatic missions, Turkish Airlines destinations, humanitarian and educational cooperation, and development assistance. Since 2003, as Prime Minister and President, R.T. Erdogan has visited 30 African countries - more than any other non-African leader.

All these steps prepared the fertile ground for fruitful partnership relations between Turkey and African countries in the military sphere. Such agreements have been signed with countries such as Benin, Gabon, Gambia, Guinea, DR Congo, Mali, Niger, Nigeria, Senegal, Sierra Leone, Somalia, Sudan, Uganda, Chad, and Zambia. Most often, Turkey provides training and support to the armed forces of the respective countries, one of Ankara's trademarks being the training of special forces and assistance in anti-terrorist missions. Turkish military machines have been purchased by Burkina Faso, Ghana, Kenya, Mauritania, Nigeria, Rwanda, and Uganda. Morocco, Tunisia, Djibouti, and Ethiopia are among the customers of Turkish drones. Instability in the Sahel region, disputes over the maritime border delimitation between Côte d'Ivoire and Ghana, failed statehood in Somalia, disagreements with Kenya over naval zones, and the conflict with the Tigrayans in Ethiopia are prerequisites for the countries to purchase arms.

The successes of Turkish military industry products around the world are due to a combination of factors:

*Turkey provides favorable loans through its foreign trade Exim Bank, which is not bound by conditions of non-participation in military conflicts or human rights, which European companies sometimes demand.

*The centralization of Turkish arms exports means speed and reliability if a political agreement is reached, unlike other exporters, such as the US, where arms exports are subject to approval by the Pentagon and Congress.

*The price is also essential, as Turkey supplies cheaper than European and American and better quality than Chinese systems. An excellent example is the Bayraktar TV2 drone, used by at least 17 countries worldwide, making it the most successful drone in sales worldwide.

All these developments make politicians and analysts ask, "Will Turkey leave NATO?". The short and emphatic answer is no. First, leaving NATO would deprive Ankara of its strongest foreign policy guarantee for the country's security and territorial integrity. It is no less important that this way, Turkey would give up one of its most essential anchors in its geopolitical balancing. Thirdly, a hypothetical exit from the bloc would take decades, given the Western weapons used by the Turkish army, the integration of training, common standards for all members of the alliance, etc. Fourth, such a move would give Greece more significant influence in the Western camp regarding the conflicts in the Aegean Sea - something that Ankara would never allow.

However, in the meantime, Turkey is developing the listed partnerships in the military field outside of NATO on a bilateral basis in areas where Ankara has national interests, and its actions may or may not coincide with those of its Western partners. None of these partnerships has the strategic commitment, contractual legal basis, unification, and other elements to make it a full-fledged military alliance, but the network of military bases, cooperation, and arms exports give Ankara the potential, if it chooses, to exercise military power far beyond its limits. And beyond NATO's limits of action.