Meat from a tube

Welcome to the world of artificial proteins, three-dimensional printed packs, and self-growing bacon 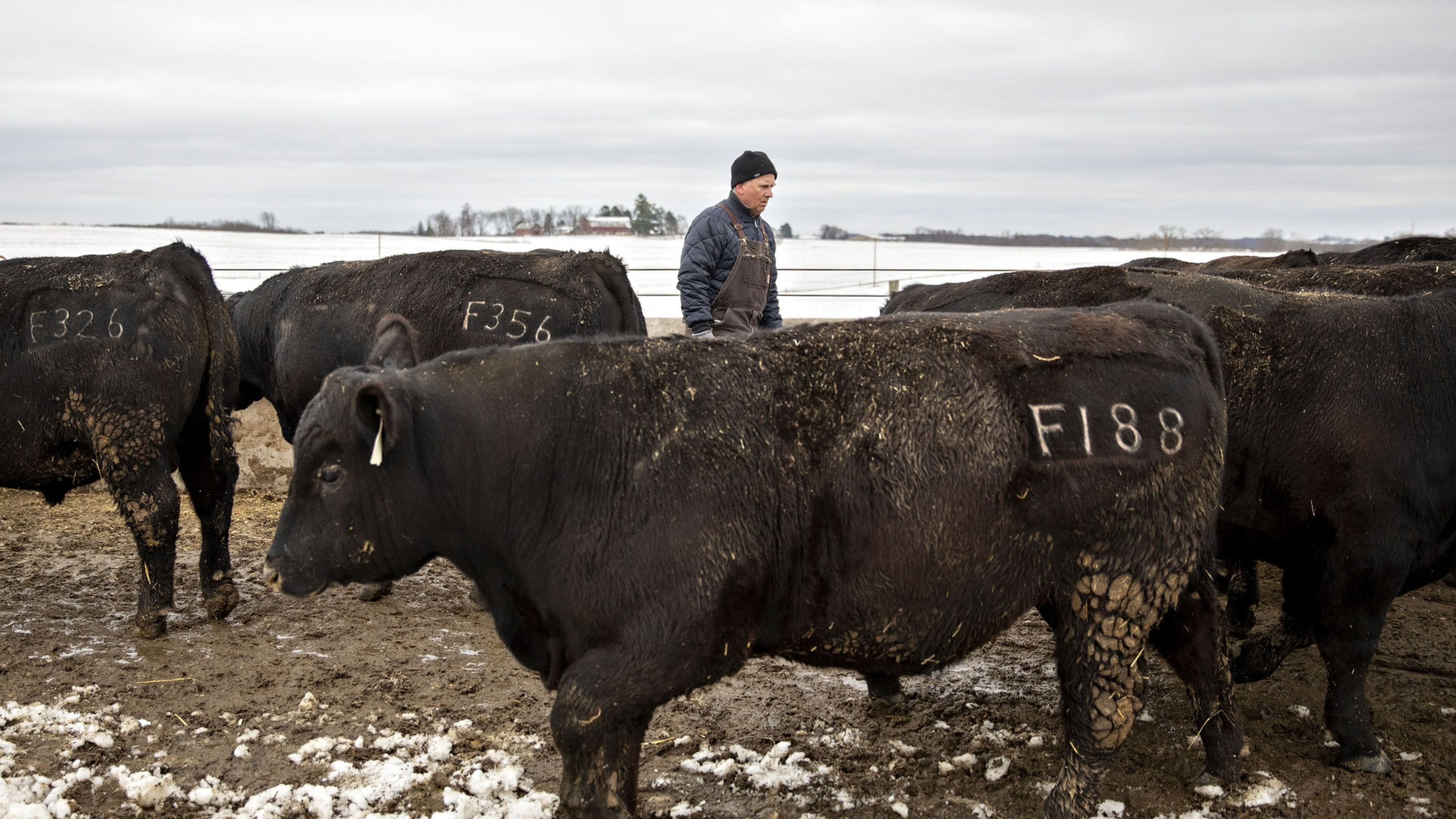 Feeding 7.7 billion people in an economically sustainable and environmentally friendly way is extremely challenging. And this task will become increasingly difficult in the next 30 years, when the world's population is expected to reach almost 10 billion people.

Food needs are projected to increase by almost 70%. With such dynamics and changing eating habits, more and more people will choose to eat meat. And we can't blame them. We can consider that the use of meat is an evolutionary step in human development, and as such, it is difficult to stop it or bring it back. And despite the great social pressure in recent years, meat continues to be a nutritious and delicious food that people want to enjoy.

However, it is true that today's methods of raising livestock are inefficient, harmful to the environment and simply will not be able to cope with the growing demand on a global scale. Can technology help? It already does so!

In the very near future we may find ourselves in a world without vegetarians ... and a burger made of real beef and wild salmon fillet to be a privilege for only a few.

Welcome to the world of artificial proteins, three-dimensional printed packs, and self-growing bacon. A future in which farmers no longer wear a cowboy hat and boots, but white aprons, gloves and goggles. Cell-grown, in vitro or "cultivated" meat is the big investment trend in the food industry that is happening now.

Simply speaking, cultivated meat is made up of animal cell systems which when placed under the right conditions, are able to reproduce themselves and form the familiar textures and tastes, like those of real meat. The process does not require killing of animals or wasting resources on their nutrition, which makes it very environmentally friendly and socially acceptable. Almost all the major players in the food industry embarked on this endeavor, and small and innovative companies driving progress in this new industry were generously funded.

Investment flows and private interest in this segment are also huge due to the clearly visible and expected global problem in meat procurement in the coming decades.

There are already successfully laboratory created variations of some of the main types of meat: beef, chicken, pork, horse, shrimp, salmon, tuna, and even kangaroo and pigeon meat.

Despite the ever-increasing social, media and eco-activist pressure on meat, it continues to be a highly sought after and valued food. Nowadays, however, the numbers behind the meat industry are really worrying. Approximately 77 billion animals a year are used to meet global consumption. Relative to the current population of the planet and expressed in terms of correlation, we get 10 billion animals for 1 billion population. And these are just industrially bred animals on land! The trend in terms of seafood is even more drastic and rapidly growing in demand.

Globally, we consume approximately 350 million tons of meat each year, and production has doubled in the last 30 years. This trend and growth dynamics are expected to intensify and expectations are that the demand for meat will reach between 460 and 570 million tons annually in 2050, when the world's population will number approximately 10 billion people. Leading countries in meat consumption are the United States, Australia and Argentina, where the annual consumption per person amounts to 124, 122 and 109 kg, respectively. Compared to countries from Africa and Asia, which are at the end of the record and in many of them the quantities are even less than 5 kg annually per person or one medium-sized steak once a month, namely these countries are the fastest growing in terms of population. It is easy to calculate that if we all switch to the diet of the average American; current meat production will be able to satisfy the needs of only 2.5 billion people. And the American way of life is highly desired by a large part of the world's population.

It is not realistic to say that we can stop eating meat in the near future. Despite the great social pressure and the constantly growing number of vegetarians and vegans in the last 10 years, this percentage in relation to the rest of the population consuming meat and animal products remains extremely low. According to various studies, in the United States and Europe they are about 5 percent of the total population, varying by country and region. In some parts of Africa and Asia, plant-based diets are driven by economic reasons and historical development, rather than by a desire to prevent the effects of meat production. Progressively growing and emerging from extreme poverty societies, as well as those used to huge meat consumption, will continue to be the main drivers of consumption and demand.

Economically, the meat industry is extremely inefficient. The required amounts of energy, water and land are the largest of any other food production. For comparison, growing meat consumes 75 times more energy per unit of production than producing corn, rice or soybeans. At the same time, 1 hectare (10,000 sq. m.) of rice or potatoes can be used to feed between 19 and 22 people per year, while 1 hectare used for the production of animal food and meat, respectively, we can feed approximately up to 2 people. In addition, 80% of the world's arable land is used to produce animal food, and one-fifth of all human produced greenhouse gases are generated. The calorie equation of meat, expressed in energy from fossil fuels is also extremely inefficient. To produce 1 calorie of beef, 54 calories obtained from fossil fuels are necessary.

For reference, in the production of vegetable protein from soybeans, wheat or corn, the equation is 1: 3. The water resources that are needed are also the highest compared to any other food production. Averagely, from 5,000 to 20,000 liters of water are used per kilogram of meat, and the main part of it (98%) goes to irrigate the crops needed for the production of animal food.

The statistics in terms of demand and supply of meat, as well as the effect of its production are clearly visible and predictable on an economic scale. All these facts undoubtedly create an economic problem, which is most likely about to be realized on a huge scale. And there are economic problems which remain to be solved. This is what determines the rapid development and scientific competition in the search of alternative forms of protein for the world diet.

The cultivated meat market is expected to reach estimates of around $ 215 million in 2025 and approximately $ 593 million in 2032, growing at an annual rate of almost 16% for this period. Rapid growth can be significantly accelerated due to the fact that giants such as Cargill, Tyson Foods, Nestle and Mondelez are very active on this market.

The number of start-ups is also very dynamic, which attracts large investment flows and interest from private capital. In 2020 alone, approximately $ 366 million was invested in the cultivated meat industry, an increase of almost 6 times compared to 2019. Currently, 70 companies worldwide are actively developing products, services and technologies in the segment for cultivated meat products. Leading names among the companies are the American Upside Foods, the Israeli Aleph Farms, the European Mosa Meats, as well as BlueNalu, which specialize in the production of seafood.

A number of start-ups in the sector began to combine cell-grown meat with plant-based products, which also became quite popular recently and promise significant growth. The most sought-after cultivated products are those from the chicken segment, which is expected to be significantly cheaper than other meats. Currently, the market in North America remains the leader in demand for such products

Despite optimism and promises for a great future, the meat industry still has to face enormous challenges before it is able to disrupt the conventional meat industry, valued at almost $ 1 trillion. Cultivated meat is still extremely expensive and no company has developed a production method that is applicable and economically viable on a large commercial scale. A very recent report on the technological and economic efficiency of the cultivated meat industry, developed by the Good Food Institute, states that production costs have to be optimized about 4,000 times in order to achieve a price reduction of the current $ 10,000 per pound (0.45kg) to under $ 2.5 per pound. For reference, in 2016 the first cultivated meat burger developed by one of the leading companies and had a cost of $ 260,000! And although enormous progress was made since then, the prices of most companies' products still remain well above the economically viable ones in order to achieve large-scale implementation and reap the benefits for the environment and society.

There are other views regarding this promising market. Experts from the pharmaceutical giants, who used the method of cultivated cell systems for years, on which a number of drugs were being tested, faced almost insurmountable challenges in making cell-grown meat a cost-effective and viable business. Many find the calls for massive investment by governments in this sector groundless. The issues of safety and regulation of these products are also on the agenda. So far, only Singapore has recognized and certified such a product for distribution to end users. A number of countries have some doubts about whether it is safe and are currently reviewing the case. The opinions of the food agencies in the USA and Europe are also expected in a very short time, which could potentially bring the new products closer to the supermarkets and fast food chains.

In conclusion, we can say that a number of factors will determine the growth rate of this business in the future, but the main ones are the dynamics of development of cellular agriculture, as well as the growing needs for sustainable food to meet the huge demand in the coming years. Undoubtedly, food industry is entering a new era, where technology, creativity and a thorough understanding of how we perceive food will be crucial to the nutrition of the population without harming health, animals or the planet. In the very foreseeable future, it will be essential to have real, affordable and healthy meat substitutes to satisfy the planet's growing appetite. The times when biologists, engineers, scientists, vegans and meat lovers will offer us the best of cultivated meat at an affordable price are very close.