China and Russia's war in Ukraine 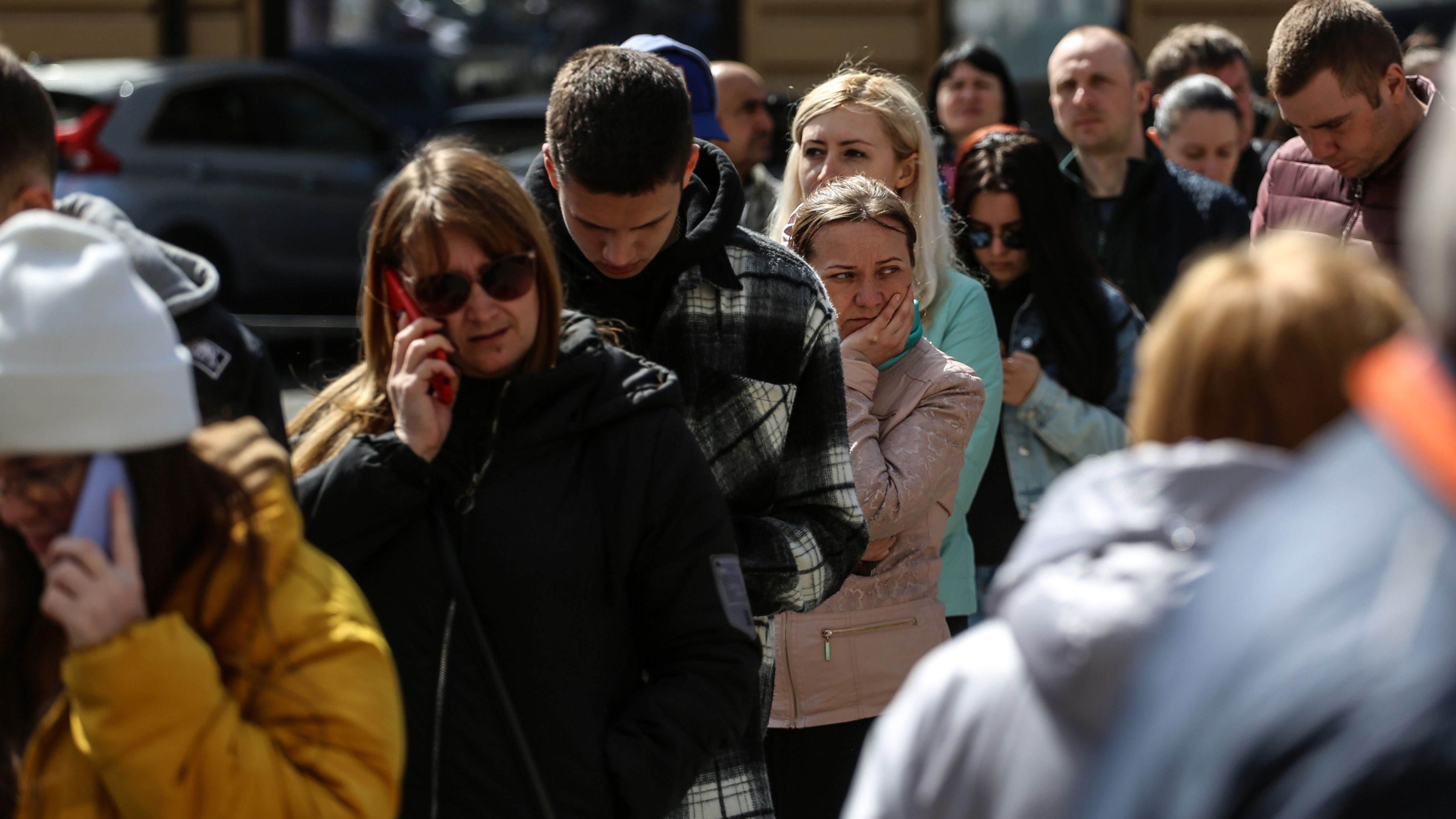 For more than a month and a half since the start of Russia's war against Ukraine, the world has been placed in an extremely tense situation, largely because of the danger of this regional conflict escalating into a global one. The fear of an outbreak of World War III is growing. In the socio-political area it’s being talked and written that comes the end of the international order which was built after the World War II. Many analogies have emerged with the years of the Cold War, when one of the key principles of international relations was that of bloc opposition between East and West and again the fear of a nuclear war that would lead to a global humanitarian catastrophe.

Many people in different countries around the world are wondering how and why this situation came about, what are the real reasons, what are the real and hidden motives, what is the ultimate goal and is there such? These are questions to which there is still no definite and comprehensive answer, mainly because it is a complicated, multi-layered, complex and multifactorial geopolitical puzzle, in which there are many more than two poles of force in international relations (as during the Cold War). Each of these poles could tilt the scales in one direction or another.

Somehow instinctively, observers of the events associate the situation with the nearly 45 years run of confrontation between the United States and the Soviet Union and their allies forming their own military-political blocs. And this time it seems that the main opposition is between the United States and its NATO allies, on the one hand, and Russia, as the successor to the USSR, on the other. However, this is not the case at all, since for years the global international system has been under the influence of new centers of power in Asia and Latin America in the face of China, India and Brazil. Among these forces, the role of the People's Republic of China (PRC) stands out, which has greatly increased its political and economic influence and meaning in global plan and has become a key geopolitical factor in international relations, calling into question US world leadership. Given the fact that the PRC is a nuclear state and one of the five permanent members of the UN Security Council, its importance and influence in international relations is enormous.

This is the reason why after the Russian invasion of Ukraine on February 24, 2022, more and more politicians and analysts believe that on China's position in this conflict depends the further development not only of the conflict, but especially of global geopolitical contradictions, which unfortunately are escalating more and more visibly. The media began to talk about the potential possibility of a global conflict between the West and the Russian-Chinese axis over Ukraine.

The first reaction of the PRC after the start of the war was to call on all countries to show restraint and not allow the situation to get out of control. The position of the Chinese Ministry of Foreign Affairs was that "the issue with Ukraine has a very complex historical context" and undoubtedly responsible for this conflict is the United States who "kindled the fire and started the burning, how will they put out the fire now?". According to the Chinese governance, the United States is "adding fuel to the fire" by offering Ukraine a large amount of military equipment. Moreover, the Chinese Foreign Ministry stressed the need to address President Vladimir Putin's "legitimate security concerns", citing US arms sales in Kyiv.

Just a day before the beginning of the war, a Chinese foreign ministry official described the United States as the "culprit" for tensions in Ukraine and criticized Western sanctions against Russia as "irresponsible and immoral". What is more, the unequivocal question was whether the United States "ever considered the consequences of putting pressure on a great power".

So far, China has pointedly criticized Western sanctions against Russia, saying they are not a solution to the conflict, but only exacerbate existing problems.

In the weeks following the start of the war, China never took a firm and unequivocal position, although its actions were more than eloquent.

The way China behaves within the Security Council and the UN General Assembly, which took immediate steps to condemn Russia for its invasion of Ukraine, is indicative. As early as February 26, the UN Security Council tried to vote on a draft resolution condemning Russia's behavior and calling for an immediate cessation of military action. Of the 15 member states of the Council, 11 voted in favor of the text drafted by the United States and Albania, while three abstained - China, India and the United Arab Emirates. Shortly afterwards, on March 2, 2022, the UN General Assembly voted by a large majority on the same resolution against Russia's actions and called on the Kremlin to cease fire immediately. This time again China, along with 34 other countries, abstained.

In the vote on the UN Human Rights Council resolution on March 4, 2022, which included an agreement to investigate potential war crimes in Russia's war in Ukraine, China abstained again along with 13 other countries.

The fact that China simply "kept silent" in these landmark votes, rather than explicitly supporting Russia, has led many analysts to call it a positive sign that the PRC-Russia alliance is far from as strong as originally thought and could be cracked.

The international community has begun to put pressure on China to position itself unequivocally. Moreover, again in the spirit of the Cold War, analysts recalled Nixon and Kissinger's strategic moves to attract China to the United States in its confrontation with the Soviet Union. The message was that this time, too, the West must act in the same way. However, is this possible and where is the PRC actually located from a geopolitical point of view at the moment?

To answer this question, it should be recalled that in the period 2017 and 2018, relations between the PRC and the United States suffered a total collapse in almost every dimension. The United States National Security Strategy of December 2017 outlined that the United States is entering a new era of opposition, and that China has been described as a "revisionist force" and a "strategic rival" seeking to build a world order contrary to the United States’ values and interests”.

The US National Defense Strategy in 2018 emphasizes that the "central challenge" for the Pentagon is how to deal in the long run with the strategic opposition of "China and other rival states."

In addition, a number of US senior government officials have made it clear that the "concept of opposition" has become the focus of US policy toward the PRC.

Influenced to a large extent by the United States, a European Commission strategy paper published in March 2019 described China as "economic competitor in the pursuit of technological leadership and systemic rival, promoting alternative management models".

In order to understand even more clearly the common geopolitical relationship between Russia and China in this global confrontation with the West, two other highly indicative documents must be cited.

The first is the new strategic concept of the North Atlantic Treaty Organization, announced in June 2021, called "NATO 2030: Unity in a New Era". It cites Russia as a strategic adversary, but cites China as the real threat to global security. Things are reaching a "turning point," Biden said. "The democratic world must oppose China's high-tech dictatorship with united forces" he explains.

This brings us to the second extremely important document, which most comprehensively shows the positions of Russia and China in relation to the rest of the world. Not coincidentally, just twenty days before Russia's invasion of Ukraine, on February 4, 2022, Vladimir Putin and Xi Jinping issued a landmark joint statement outlining in great detail the dimensions of the current geopolitical situation and joint action by the two countries against "global challenges and threats".

The statement highlighted the opposition to further NATO enlargement and called on “the North Atlantic Alliance to abandon Cold War-era ideological approaches, to respect the sovereignty, security and interests of other countries”. In this regard, Russia and China believe that "individual states, military-political alliances or coalitions” intensify geopolitical rivalry, inflame antagonism and confrontation, and seriously undermine international security and global strategic stability".

The two countries confirm that “a new type of Russian-Chinese interstate relationship surpasses the Cold War-era military-political alliances. The friendship between the two countries has no borders, no forbidden zones in cooperation, the strengthening of bilateral strategic cooperation is not directed against third countries, it is not influenced by the changing international environment and changes in the situation in third parties".

Last but not least, the two presidents announced that they intend to develop cooperation in the framework of the "Russia-India-China" format.

Just a month after the start of the war in Ukraine, Russian Foreign Minister Sergei Lavrov made two consecutive visits, first to China and then to India. Although scarce, the messages from these visits were that the world was "going through a very serious stage in the history of international relations" in which Moscow and Beijing, confirming their "boundless" alliance, lead the way to a "multipolar, fairer, democratic world order ". It is important to emphasize that shortly before Lavrov's visit to Delhi, Chinese Foreign Minister Wang Yi also visited India, calling on China and India to work together, stressing that "China does not seek the so-called "Unipolar Asia" and respects India's traditional role in the region".

How the geopolitical opposition will develop on a global scale is difficult to predict. In any case, Russia's war in Ukraine is only part of the larger picture of global opposition. It seems that we have clearly defined strategic alliances, and despite China's desire to present its position on the war in Ukraine as neutral and balanced, diplomatic signs show a clear strategy against the United States and its allies in Europe and Asia-Pacific region for control and domination.

On the other hand, an almost mirror geopolitical reading exists in Washington, and this is clear from the new "National Defense Strategy of the United States - 2022", according to which China is the most important "strategic competitor and challenge". According to the document, that is why the Chinese challenge in the Indo-Pacific region must be given priority, followed by Russia's challenge in Europe.

It remains the hope that the path to a new world order will not go through a global military conflict, as has happened many times in history.