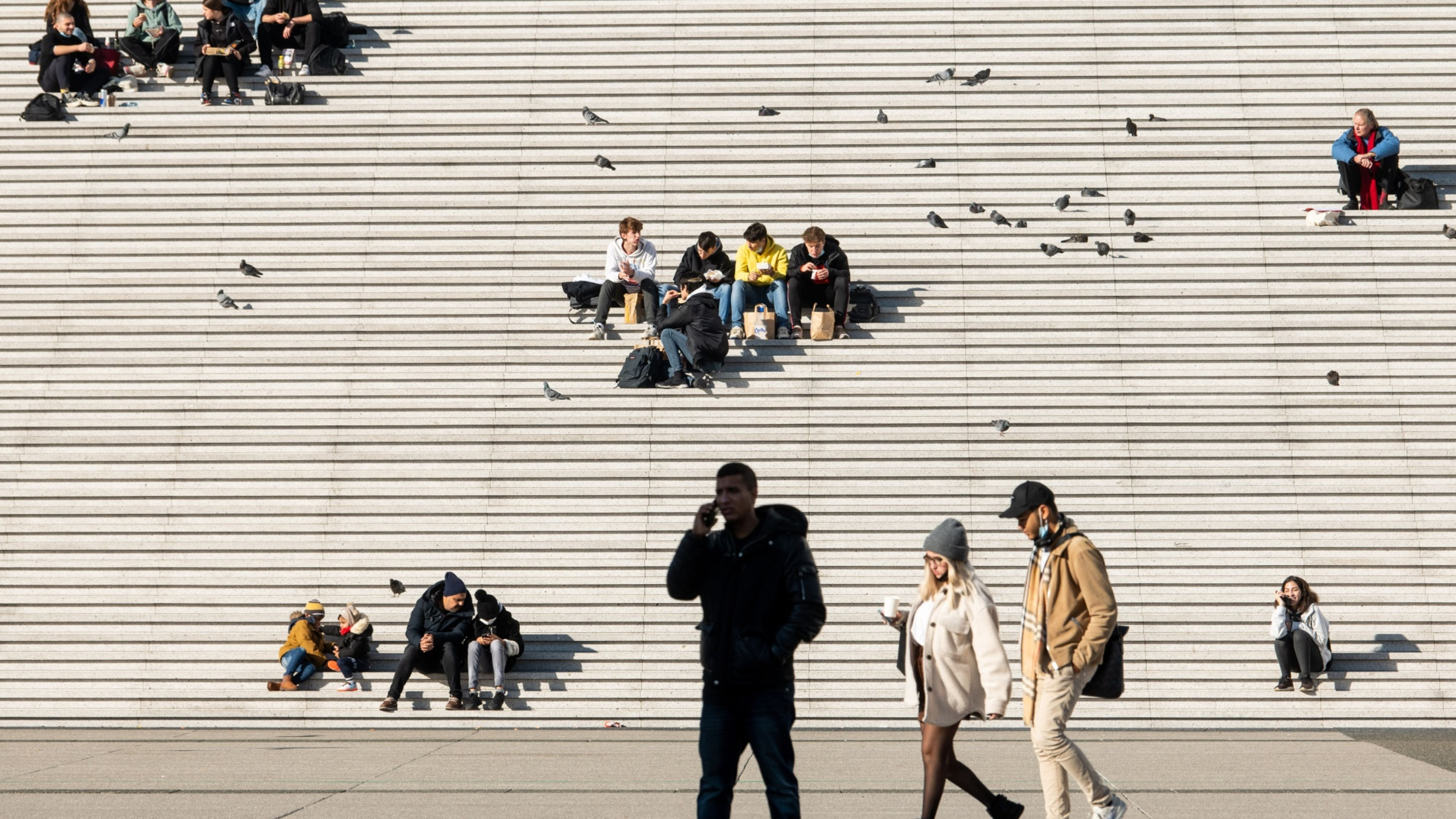 The war tourism is an alternative form of tourism that includes travelling to active or historical conflict zones for acquaintance purposes, for adoration, knowledge acquisition or the search for thrill and adventure.

The term war tourism is used in cases of visiting conflict hotspots, where open hostilities are conducted, but also in cases of so-called commemorative tourism, in which you travel to places where in the past there have been battles or war-related tragedies have occurred. While only scarce information and suggestions for visits can be found for tourism in active war zones, commemorative tourism plays an important role in the tourism supply in countries affected by military conflicts and is often a tool for rebuilding their economies.

It is believed that the first war correspondent in modern world history was the Dutch artist Willem van de Velde Young, who in 1653 went out to sea in a boat to observe and sketch the naval battle between the Netherlands and England. His trip could also be considered as kind of tourism for the purpose of monitoring and gathering information.

However, organized war tourism did not emerge until the middle of 19th century, when one of the first travel agencies, Thomas Cook&Son, offered British tourists visits to historic battlefields from the American Civil War. A few years later, during the Crimean War, tourists led by Mark Twain visited the devastated city of Sevastopol. Frances (Fanny) Duberley travelled with her husband, Captain Henry Duberley, to the Crimea in 1854 and stayed with him despite objections from other soldiers. She watched some of the planned attacks and later wrote a book about the experience.

During the World War II after the German invasion in Paris, American journalist William Shirer wrote that soldiers carried cameras and behaved like "naive tourists." One of the first things Adolf Hitler did after the conquest of Paris was to tour the sights and take pictures in front of the Eiffel Tower.

Nowadays, visits to areas of active military conflict are more associated with the search for thrills and extreme experiences. Information about such trips is rare, usually is talked about individual tourists or small groups. In addition, they are very expensive because they require long training, coordination between countries, on-the-spot negotiations in conflict zones, insurance and security.

Rick Sweeney, founder of Warzone Tours and a security expert, told the Financial Times in 2013 that a trip to Baghdad could cost about $ 40,000. At the time, the company was touring Iraq, Syria and Africa. Ensuring the security and safety of enthusiasts is the biggest expense. Currently, Warzone Tours does not actively offer such trips, and their site is in the process of update.

The British agency Hinterland Travel organized visits to the historical landmarks of Iraq and Afghanistan, but stated on its website that due to the Covid-19 pandemic it has temporarily suspended its activities. After the start of the war in Ukraine, international tour operators cancelled trips to the country. There are no information or offers on the Internet for visits to active military zones, but during the annexation of Crimea by Russia in 2014, several Ukrainian agencies advertised trips to "hot spots" starting at $ 60 a day with a bulletproof vest, armed guards and transport in an armoured truck.

Conflict-ridden destinations face many challenges in reviving the tourism industry. Destruction and human casualties make it difficult to restore the image of the affected areas. Sometimes for years the media has been spreading footage and stories about the tragedies of the war, which may give tourists the impression that the destination is not yet safe or pleasant to visit.

However, the income from tourist visits is extremely necessary in the years after the end of the military conflicts. Therefore, the second type of military tourism - commemorative or post-war, has a significant role in the process of reviving economies after the war. After the crisis, most governments invested mainly in infrastructure, agriculture, health and education. In some countries, the destruction and social tragedy are so great that specific measures are needed for reconstruction and care for the population. In such an environment, tourism plays a key role as a tool of recovery and generates vital revenue in the treasury.

Countries such as South Africa, Rwanda and Namibia are among the most popular post-war regions in Africa, where historical and cultural tourism is supported by local communities. "War-torn destinations need to work twice as hard to rise above their competitors," writes Srianta Fernando in a scientific report on post-war tourism in Sri Lanka.

In their attempt to renew their image, war-torn countries can pursue different strategies. After the wars in the 1990s, Slovenia and Croatia focused on rebuilding tourism and transport infrastructure. Croatia is also focusing on its economic recovery to attract more foreign investment. The country decided to turn its back on its military past and positioned itself through natural beauty, picturesque shores and Adriatic charm. This model of reviving the sector almost denies the past of conflict, and in the years after the war even restricted tourists' access to post-war areas.

Unlike Croatia, after 1995 Bosnia and Herzegovina chose to return to the tourism market, using its military image and provoking interest in commemorative tourism. Initially, Sarajevo hired journalists to distribute materials about the possibilities for the so-called dark tourism in the country, for the ruins and destruction that can be seen, and for the bold human stories. This model proved successful and Bosnia and Herzegovina soon became a preferred destination for military tourism. One of the most visited events in the country is the Peace March. It is held every year in memory of the victims of the 1995 Srebrenica genocide. The march, first organized in 2005, brings together thousands of locals and tourists from around the world. The event lasts three days and ends in the village of Potokari, where the Srebrenica Memorial and Cemetery are located.

Another of the most popular military tourism destinations is Vietnam. More than 45 years after the end of the Vietnam War, memories of it are still fresh. Many memorials and museums can be seen in the country, which provide a deeper understanding of the events surrounding the war. These include the Hoa Lo Prison, the War Remnants Museum, the Kuchi Tunnels, the Mausoleum and Ho Chi Minh Museum and the Hue Imperial City. World War II also aroused great interest among tourists. Areas of significant war battles attract millions of tourists each year. Such was the case with Pearl Harbour, Oahu Bay, Hawaii, where on December 7, 1941, Japan bombed a U.S. military base and provoked the United States to join the Allied War. Pearl Harbour has been turned into a memorial complex with many museums and monuments. More than 1.8 million tourists a year (before the pandemic) visit the bay to learn more about the events and pay tribute to those killed in the attack.

The coastal city of Dunkirk in northern France is also one of the leading World War II commemorative tourism destinations. In June 1940, more than 330,000 British and French soldiers were surrounded by Nazi troops and the only way to escape was by sea. One of the largest rescue operations in history is taking place. In 2017, the film Dunkirk was released, which further fuelled interest in the destination.

In addition to ordinary visitors who want to learn more about the world's military history and pay tribute, a special group of tourists - veterans - often return to the old battlefields. Veterans' trips to places where military operations or peacekeeping missions took place have been going on since the 19th century, but have increased significantly since the First World War.

Experts who have studied this type of tourism often point out that the reasons for the veterans' visits are personal and are related to the desire to reconcile with the past, redeem and control the emotions from the memories. Every year, Bosnia and Herzegovina is visited by dozens of Dutch veterans of the 1995 UN peacekeeping mission, which fails to prevent the Srebrenica genocide. Many of them suffer from mental trauma related to the events, and their return is a way to find answers to their tormenting questions and seek peace of mind.

People who are interested in various forms of military tourism are looking for experiences that cannot be found in textbooks, history books or movies. They believe that visiting places where wars have been fought will give them a more authentic and in-depth picture of the past and emotions they cannot experience elsewhere. For military tourism destinations, these visits are not only a source of income and a chance to rebuild the economy, but also a way to show the world that wars should never happen again. It is no coincidence that the motto of the Belgian region of Poperinge, part of the Western Front during the First World War, is "Never again war".