How will the war in Ukraine end? 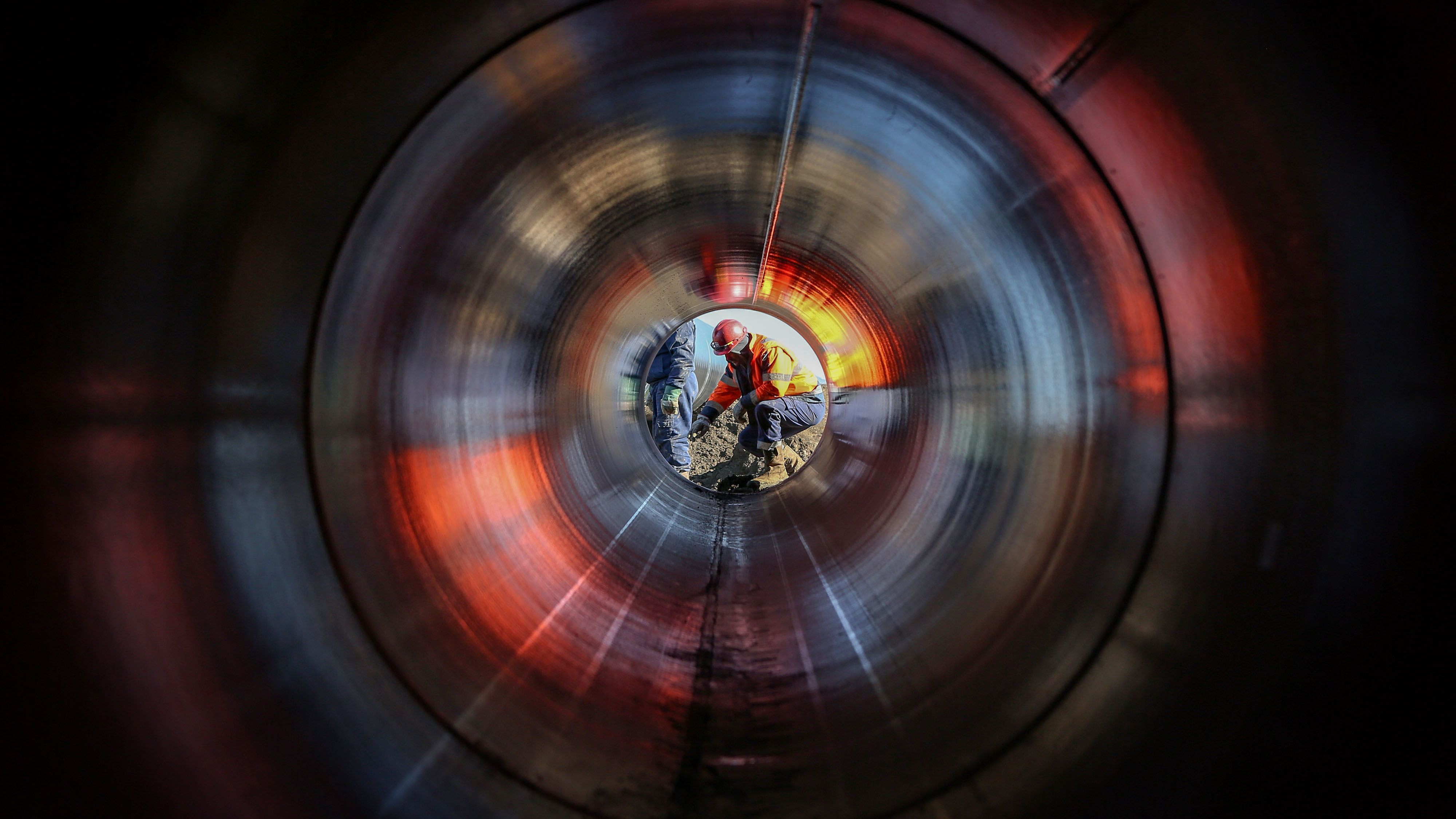 For half a year the world was looking at the war in Ukraine as a conflict that revealed Russia’s intentions to restore its influence in the former Soviet Union countries. For USA what happened was not a surprise as in 2019 the American intelligence was acting out a scenario and created several role-playing games that were intended to test how Washington should act in the event of a Russian invasion of Eastern Europe.

However, the European Union remained shocked by Vladimir Putin’s decision to start a “special military operation” in Ukraine. China was not less surprised when felt threatened by the situation, as a possible failure for Russia would give Taiwan the confidence to declare independence. And yet, for six months the world leaders failed to take decisive enough steps to stop the war – mostly because of the rational fear of a nuclear escalation. In front of each of them was the dilemma to which every international analyst is looking for an answer: how will the war in Ukraine end?

To decipher the end of the conflict, above all, we must realize that the battle for Ukraine corresponds to the concept “security dilemma” whose roots date back to sometime in 1950, when John Hertz – a professor at the City College of New York – launched his theory of international security. Hertz’s definition states that when a group of people feels threatened, it takes measures to protect itself and this way it provokes a reaction from another group of people. In his book “Political realism and political idealism”, the professor explains that the security dilemma is applicable for both interpersonal and international relationships and gives an example with the World War II and The Napoleonic Wars. Three decades later, one of the founders of the modern neorealism – professor Robert Gervais – complements Hertz's theory by explaining that when the countries find themselves in a situation that can be defined as a “security dilemma”, they fall into a geopolitical game whose result can be estimated with the help of another two theories – Prisoner’s dilemma and the Stag Hunt.

According to Gervais, the main variables that should be considered in the equations of the game are: the psychological settings of the leaders, their willingness and readiness to cooperate, their readiness to sacrifice resources and their ability to rationally judge what is the cost that they would pay for their actions. Moreover, the author emphasizes who has the objective advantage in the conflict and which actions of the actors in the conflict predominate – offensive or defensive. This model would help us predict (if not with certainty, then with high probability) the outcome of the war in Ukraine. Let's first set up the equation.

Regarding the first variable, things seem clear. Putin has become increasingly irrational in his actions, and some experts even suggest that if Moscow is pushed to the wall, its leader may resort to the use of weapons of mass destruction. This debate is particularly relevant in the US, where several military experts have spoken out in favor of this claim. Despite the media blackout, British intelligence has shared information on several occasions that an opposition is beginning to form in Russia that may at some point try to topple Putin. To what extent these attempts will be crowned with success is too controversial to know. And yet, the very feeling of uncertainty makes the Russian president increasingly irrational in his decisions.

For Zalensky the war is a matter of survival. After everything that Ukraine went through so far, the Ukrainians formed attitudes that presented them to the rest of the world as people who were fighting not just for their country, but for the whole of Europe. European leaders still refrain from categorical judgments in this direction but in US the public opinion unequivocally confirms the Ukrainian thesis. It is hard to imagine what would Zelensky do if he gets pressed against the wall by Putin. For now we can only conclude that Ukraine’s counteroffensive and supplies of HIMARS missile launchers give him the confidence to demand that Russia be designated a terrorist state.

The situation is equally clear with the second variable. Russia and Ukraine have no intention of negotiating – not even through a mediator. Another issue is that it will be very difficult to find one. Turkish President Recep Tayyip Erdogan tried to play this role, but for the Russians this was unacceptable, since Turkey is a NATO member country, and the mediator in a dispute must always be impartial. For Russia, Turkey is the last remaining "doorway" to dialogue with NATO. For Ukraine and the West, Erdogan is a channel to influence Putin.

Israel had the opportunity to be a mediator between both fighting countries, but this changed after Lavrov's anti-Semitic remarks about Hitler's Jewish origins. Jerusalem is extremely sensitive on this subject, and despite the attempts of the Israeli governments to maintain good relations with both countries, Russia has lost its image as a friend. So, objectively speaking, there is no way Moscow and Kyiv can sit at the same table if there is no dialogue between the US and Russia.

Ukraine has proven that it is willing to sacrifice whatever it takes to defeat Russia and become a full member of the EU and NATO. Evidence for this is Zelensky’s policy to forbid young Ukrainians who meet the requirements for military service to leave the country. The mobilization of mass resources and human force from Russia’s side is well known military strategy from their history. However, it is a fact that in the first phase of the war campaign, this strategy was extremely disorganized which cost Putin the capture of Kyiv – something that might have happened if the Kremlin had taken advantage of the initial blitzkrieg advantage. Resources does not matter to the Russian president as Moscow has always been proud of the fact that its territories cover the whole Periodic table. But after the US and EU stood firmly behind Ukraine and until it stays so, it is a matter of time for Putin to realize that Russia's hard power will begin to soften toward a policy of gas blackmail.

This leads us to the last variable in the game – whether Russia and Ukraine realize what is the cost they need to pay if they decide to fight to complete victory. For Putin, defeat in the war would be the end of him, as Russians are unlikely to forgive their president if he loses against one of the former Soviet republics. Even if he is not overthrown, the Russian president will be forced to step down. For Zelensky, defeat in the war is equal to (as he said it) “slavery”. Ukraine will never recover from the war and its membership in EU and NATO will remain just a dream. However, if Kyiv wins, the Ukrainians will prove that they are the true heirs of Kievan Rus, and Moscow will suffer its biggest humiliation since the Brest-Litovsk Peace Treaty.

After we clarified the variables, let’s see how the security dilemma in this equation framework would look like. As Russia and Ukraine constantly trade initiative on who to attack and who to defend, four scenarios are taking shape.

In the first scenario, both countries’ leaders will become incapable of rationally make a difference between offense and defense which will lead to excluding third parties from the conflict. The US could remind Zelensky that a possible attack on Russian territory could turn the tide, and China would turn off Russia's spigot if they saw that Putin was willing to use tactical nuclear weapons. Unfortunately, this scenario is the worst as it could lead the world to a nuclear disaster.

In the second scenario, Putin and Zelensky would again lose rational judgment about their actions, but this time one of the two sides would go from offensive to defensive. This would happen if one of the parties made it clear that peace is a priority for it over war. Put in another words, here the possibility of the war to end with a winner is really big. If Ukraine maintains its pace of counteroffensive, it could regain lost territories by the end of 2022. Critical for this will be the winter months as Russia can use them to turn the tide. As we said, one Russian victory in this conflict will cost too much not only to Ukraine but also to the West.

The third scenario involves from one side rational Ukraine and from the other side Russia, whose leader started thinking rationally again. This is the most favorable scenario, but until Putin rules Kremlin, it is unlikely to happen. In this case, the dilemma that opposes the two sides would be completely exhausted. Ukraine would strive for EU membership, and Russia would have a choice – either to integrate into the European security system, or to enter a single block with China. At this stage, however, the third scenario seems like a pipe dream.

The fourth scenario will be the heaviest for the international community, but so far it seems the most possible one – continuous military conflict in which both sides keep switching their roles of “offender” and “defender”. Some American analysts tend to believe that Ukraine could become kind of Afghanistan to Russia. And yet, if the US decides to give Ukraine missile launchers with a wider targeting range, the fourth scenario will transform into the second, where Kyiv can emerge victorious from the war. The longer the conflict, the less likely a nuclear disaster will occur.

In conclusion, we can hardly give a single answer which of these scenarios will become true. However, two things are for sure. First, if Russia gets defeated, it will have to choose. If Moscow wants to return to Europe and be part of the security system again after the Cold War, it goes through its disarmament. Precisely due to this fact, Kremlin will fight to the end. If the Russians do lose and decide to rebuild within an economic bloc with China, it will cost them both financial and military-strategic sovereignty. Conversely, a shock victory for Russia in Ukraine would lead to conflict with NATO and World War III. And as we know, this war would be none other than nuclear.

In search for the fish