The less, the more…

What we buy today, will affect our quality of living tomorrow 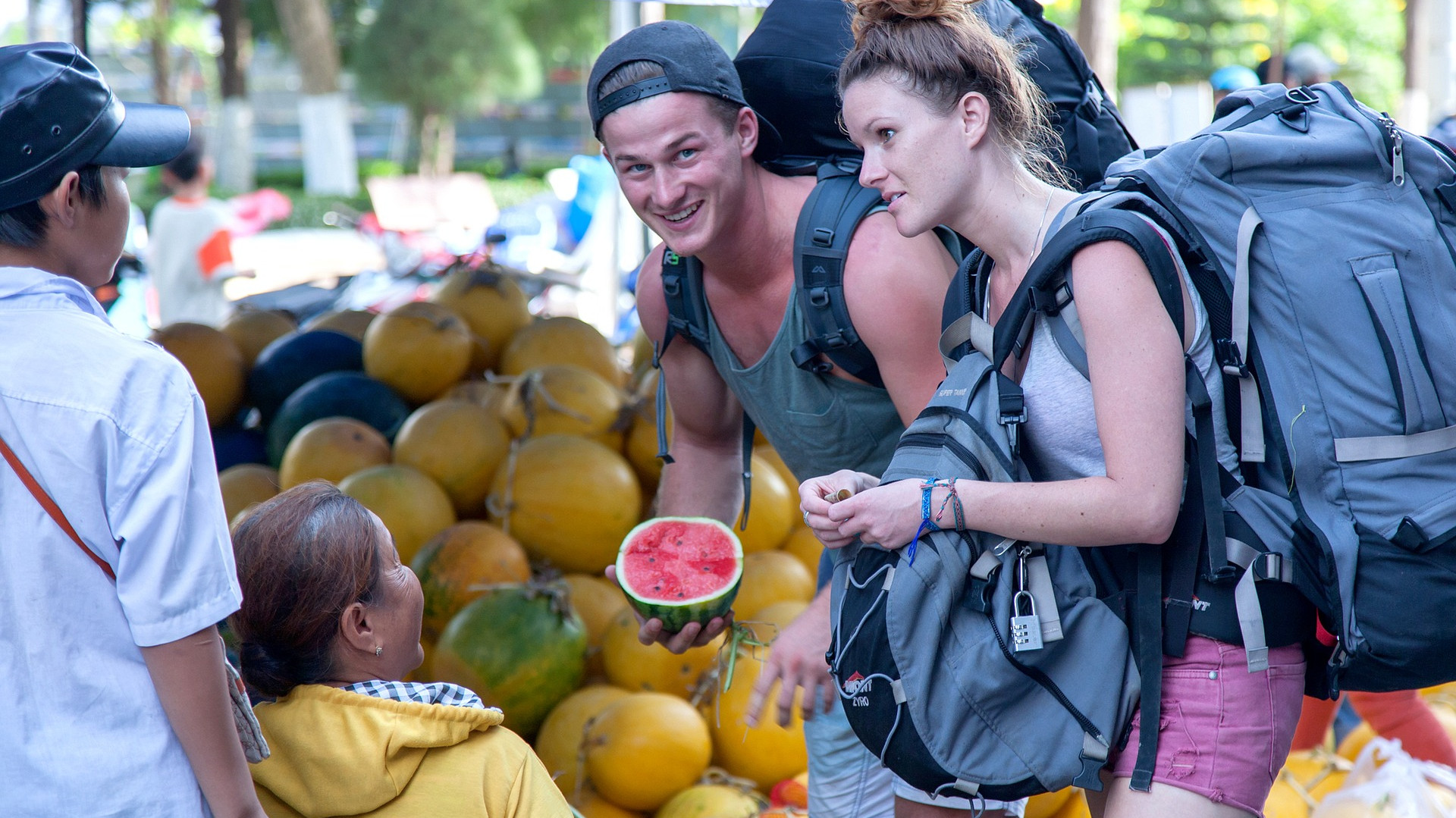 What does “3R” mean? - The three magic words, which lead us to the cherished goal – clean and green planet: reducing, reusing, recycling. They set out the small but important steps we need to take to reduce our carbon footprint.

Why is it good to apply it? New products are constantly created and the advertisements for them are intrusively persuading us that they will make us happier, freer, more confident. However, great part of them cause huge damages. Lets take the fashion industry for example – one of the thirstiest in the planet: for a T-shirt, made of cotton, are required 2720 l water – the amount that an adult drinks for three years. According to data by Ellen MacArthur Foundation for the production of textile are used around 93 billion cubic meters water per year – as many as 37 million Olympic swimming pools or lets take something as harmless as disposable straws, cups and stirrers. 500 million straws are being used every day just in the USA. It is equivalent to 125 full of straws school buses or 46 400 school buses every year! - according to Milo Cress, the 21 years old conservationist, founder of the Be Straw Free company. But is replacing them with more sustainable ones a better plan? On one hand – yes, but on the other hand – isn’t it the same resource used to produce them?

Lets get back to 3R trio, where recycling has the lead role. It is the easiest to do, because all that is required of each person is to separate their waste and dispose of it in designated areas. Sorting boxes, bottles and cans is easy and after the right waste processing, they can be reused or to continue their lives as another product.

The second principle – Reuse – encourage us to reuse the products – drink our coffee in a ceramic cup for example, instead of buying a carton one every day. Or to use our own bottle of water, instead of buying a new plastic one every day. The same accounts for the disposable plastic bags. The idea is also focused on unnecessary things at home and finding new applications for them. But sooner or later, this principle also leads us to recycle or dispose of garbage.

And here we reach the first principle – Reduce. Perhaps it is no coincidence that he was awarded first place. Reducing our needs actually reduces the amount of waste we generate every day. Therefore, I would like to focus mainly on the principle of reduction: to what extent can we as consumers limit ourselves and to what extent would the economic environment allow us to do so?

Is our economy ready to reduce consumption? The green transition was long ago defined as a priority goal for the EU. Reducing consumption of goods is one of the measures which would influence the environment in a long-term. But is it possible today to really change our economic environment in a way that we can smoothly achieve the goals of the green deal? According to Adrian Nikolov, an analyst at the Institute of Market Economics, at this stage, the main goal of the green transition is the "greening" of energy and transport – the main sources of greenhouse gases and pollutants. Shrinking consumption seems to be left behind – more often we speak of replacement of goods which contain pollutants or which production is carbon-intensive with those with a smaller footprint on nature. There are plenty of examples – the abandonment of the use of plastics in many areas and the replacement of disposable goods with reusable ones made from more durable materials, he added. “But if we speak strictly of shrinking the consumption – in itself this is an amazing scenario”, Nikolov is categorical. He explains that this will influence most seriously the states which at the moment are playing the role of “world factory” – China on the first place, where the focus is on the production of fast-moving, non-durable goods. “The same also accounts for the producers of some raw materials – lesser goods, produced of plastic would mean lesser demand of petrol on the global market. On the contrary, the winners of such a slowdown and reorientation of consumption would be those whose focus is not on maximizing volumes, but on the quality and durability of goods, "said the analyst.

Is redirection of consumption possible?

Economic forecasting is an extremely difficult task, especially in the medium term. “On one hand, forecasting the pace and direction of the technological progress is absolutely impossible, outside the technologies we know are developing at the moment. On the other hand, unforeseen events often have a disproportionately large impact on the course of the economy ", explains Nikolov and adds that the desired direction of development is towards the consumption of more durable goods from industries with less negative impact on the environment.

Incentives or sanctions will lead us to reducing the carbon footprint? According to the economist, both approaches are used – sanctions for those who pollute and incentives for those who make an effort to better their production methods. “After all, the most powerful instrument we can relate on is the market powers themselves – the consumers are the only ones who can pressure hard enough the companies, requiring “green” products, even on a higher price”, he states firmly. An example for that is the “green” auto technology. It is wanted and this redirects the efforts of the entire sector on the development of this particular segment. We constantly witness new measures and deadlines, dedicated to the "greening" of the old continent.

According to Adrian Nikolov, the paradox is that particularly in Europe, the events from the last few months, worsening the relationships with Russia and the price increase of fossil fuels will probably accelerate “greening”, especially in the energy, because of the desire to replace the generation of Russian gas with renewable alternatives. “However, more interesting to me were the desires for diversifying and shortening value-added chains as the covid crisis demonstrates how fragile global trade is. If the return of final and intermediate productions to Europe becomes a reality, it will come with another "greening", at least because of the differences in environmental standards and requirements”, explains the economist.

Is a real consumption reduction possible? Yes, definitely, says firmly professor Mykolas Simas Poškus, lecturer at the based in Litva, University Mykolas Romeris, whose researches are focused on pro-ecological attitude in humans. “Each customer defines the market with their consumer habits. One way to do this is when choosing higher quality products that last longer”, adds professor Poškus. “While many conservationist believe that we should reduce our needs, I prefer to think about adapting our needs and their realization through consciously made decisions when buying. If enough consumers start buying ecologically, this will induce a market pressure on the business for a more active transition to sustainable production”, explains professor Mykolas Simas Poškus.

Faud Khan PhD, expert on climate changes and their influence on society, is on the opinion that to reduce consumption, a new economic system is required. He gives Japan as an example, because for more than two decades it has zero or really low growth, but despite that, it maintains a high life standard. “For consumption reduction in places such as the USA, a paradigm shift will be needed in the way we look at the economy. To begin with, we will have to stop calling people consumers. Because what does the consumer do? He consumes ", the researcher is categorical.

How to change our habits and rethink our purchases? “People acquire behaviors that are accessible to them, easy to implement, and socially acceptable.” - explains professor Mykolas Simas Poškus. You will not reduce traffic in a city by building more road. You will reduce it by building an infrastructure which encourages people not to use their cars. In time, if a behavior repeats often enough, it turns into a habit – it helps us reduce the effort required to make a decision. "Prof. Poškus adds that habits change according to the circumstances. "Change the environment for the better and our habits will follow."

According to Dr. Khan, at the heart of the change is the creation of a viable lifestyle that is of high quality but low in energy intensity. "It starts with building or remodeling our cities and communities so that they are built on a smaller scale," he explains. "One of the manifestations of this idea is the 15-minute city. "Then we will have to eliminate the planned aging in the manufactured products," said Dr. Faud Khan.

What can we give up first? “I would never suggest consumers to give up on anything. I would encourage them to look for high quality products which are local, sustainable and can be remodeled”, says professor Poškus. His advice is not to follow seasonable tendencies. “I would also suggest to avoid everything produced in China, due to their unsustainable and inhumane production practices", adds Prof. Mykolas Simas Poškus.

Dr. Fraud Khan believes that we can give up on big one-family houses, products with short shelf life, non-locally produced meat and food. According to him, reporting on impacts, including emissions, is the first step towards controlling them and creating feedback. "Companies need to start reporting their emissions and their environmental, social and management footprint," he said.

"Understand that you are voting with your money," added Prof. Poškus. "If we start consciously buying sustainable goods, more companies will be forced to produce them in order to remain competitive. Consumers just need to understand that what they buy is important for the future, "said Prof. Poškus.

THE BOTTOM LINE To what extent we, as consumers, could limit our consumption habits and to what extent the economic environment would allow us to do so?