According to Erdogan, the country should be at the center of the new world order, using all the possibilities of the changing global political and economic architecture 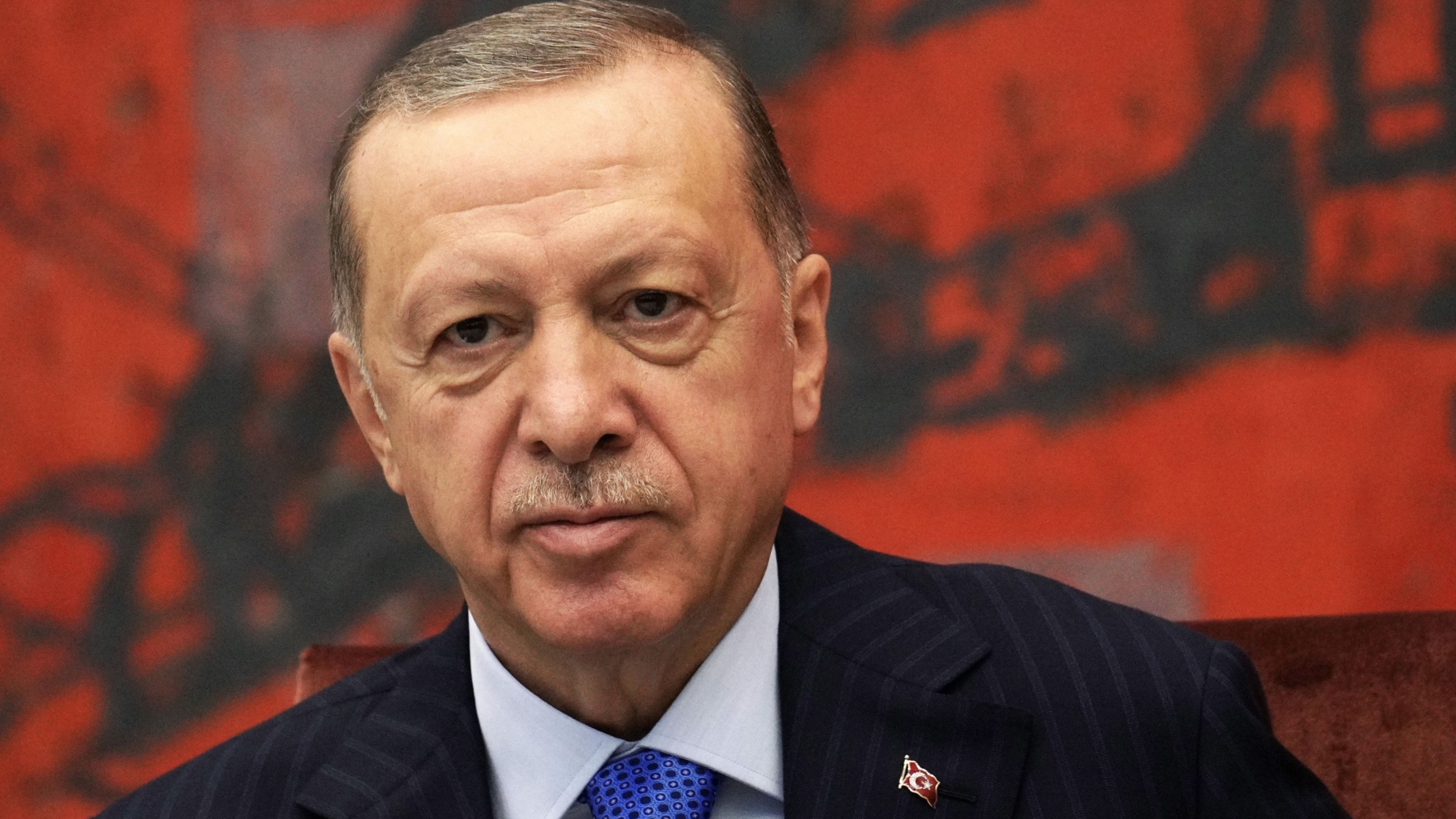 In 2023 Turkey will celebrate the centenary of the founding of the Republic. On the occasion of the anniversary, the Turkish government is set to achieve a number of goals - political, energy (starts extracting natural gas in the Turkish waters of the Black Sea), economic, etc. - such as the commissioning of a number of infrastructure facilities and the presentation of Turkish-made industrial products.

Parliamentary and presidential elections are coming up in the middle of the year, which will decide whether the rule of Recep Tayyip Erdogan and the Justice and Development Party (AK Party) will continue.

In recent months, President Erdoğan and his formation have begun to gradually regain some of the trust lost to them, after their ratings have steadily declined since 2020. The factors for this are related to the domestic and foreign policy of the country.

In the 2019 local elections, the opposition won key major cities. After their loss, the share of economic output produced in AK Party-controlled municipalities dropped from 75% to around 30%. The victory in Ankara and Istanbul gave hope to the opposition for a convincing performance in the national elections. However, and regardless of the economic problems of recent years (crash of the pound, high inflation and declining purchasing power), the victory of the opposition seems far from certain. The opposition alliance is not united, as the NRP is secular and center-left, and its partners are also oriented towards the religious electorate and are positioned to the right of the center. This makes it difficult to achieve a convincing overall vision of the block.

Further, the opposition coalition has not announced its presidential candidate. He must be strong enough to defeat Erdogan, but also weak enough and ready to have his power reduced after the election by reintroducing a parliamentary system. Kemal Kulçdaroğlu seems well-suited for the role, but his Alevi faith is problematic for a number of conservative Sunni nationalists. The bloc of six will need the Kurdish votes to prevail against the current head of state. However, such support is not at all certain because of the nationalist Good Party, which is against interaction with Kurdish political representatives.

The names of the mayors of Istanbul and Ankara, Ekrem Imamoglu and Mansur Yavash, are often discussed as capable of defeating Erdogan. However, a case has been filed against Imamoglu for insulting an official. Also, if he runs, he will have to give up the mayoral seat, and there is a risk that if he loses to the current president, the opposition will also lose the post of mayor of the metropolis.

At the same time, the great political master Erdoğan surprised the opponents with his counter moves. The Turkish head of state announced a five-year project (2023 - 2028) to build 500,000 social housing units, establish 250,000 real estates and create 50,000 workplaces through the state housing agency. They will be provided to people with disabilities, young families and other categories of persons under preferential conditions and prices. The interest in the initiative was huge and about 8 million people applied.

Polls show lower support for the AK Party among young voters, and the Turkish president also sought a way to the hearts of students - the debts of over 1.6 million people for rents for their student dormitories were paid off.

Firstly, Recep Tayyip Erdogan will be able to take advantage of his foreign policy successes that he was able to realize in 2022. He has a lot to offer in this regard.

First, the Russian invasion of Ukraine turned Ankara into a key mediator between the two countries. Turkey supplies military equipment to Ukraine (drones, rocket launchers, ammunition), but is a key hub for imports and exports to and from Russia.

Turkish companies in sectors such as textiles and fast food quickly occupied the niche vacated by the withdrawal of some Western companies from Russia. The Turkish companies "Beko", "Sinbo", "Vestel" each have one plant for the production of household appliances in Russia. Another Turkish manufacturer of household appliances - "Archelik" - acquired the Russian assets of the holding, including "Indesit" and "Whirlpool", on a deferred payment for 10 years for a total of $220 million. The price of the transaction also includes the factory in Lipetsk with a capacity of 2.8 million washing machines and refrigerators per year. At the end of the tourist month of August, there were up to 100 flights between the two countries every day – or a plane departing every few minutes.

It is expected that the trade turnover between Turkey and Russia for 2022 will be around $60 billion dollars - an absolute historical peak. [1] Preliminary statistics show that for the first time in the history of bilateral relations, Russia is Turkey's number one importer and exporter. The quantities of energy carriers that Turkey buys from Russia are also record high, with some of the natural gas traded in national currencies.

Istanbul was the site of negotiations between Ukrainian and Russian delegations in the spring, and later the agreement on the export of Ukrainian grain and Russian grain and fertilizers through the Black Sea was reached with the mediation of the UN and Ankara. From the deal, Turkey won not only diplomatic prestige, but also grain discounts of up to 25%. This benefits the local milling and baking industry, which is one of the world's leading producers of flour, pasta and other pasta products.

Secondly, the process of normalizing relations with key regional countries, including Armenia, Israel, Saudi Arabia, and the UAE, continued. The improvement in political relations also has an economic dimension, with Riyadh depositing around 10 billion dollars in the vaults of the Turkish central bank at the end of the year. Despite the first steps taken, an obstacle to the full normalization of relations with Egypt are the contradictions between the two countries related to Libya.

Dialogue with Damascus is currently being conducted at the level of special services, and a possible meeting between the presidents of Syria and Turkey can only be expected after the elections in Turkey, i.e., no earlier than the middle or even autumn of next year. Reestablishing contacts with the Syrian authorities are key for Ankara because of the need to return at least some of those 3.7 million (according to official figures) Syrian refugees in Turkey, and also because of the general threat of Kurdish separatism in the north part of the Arab country.

Thirdly, cooperation with the countries in Central Asia was developing extremely successfully. After the countries of the Organization of Turkic States (OTS) decided to create common history textbooks, at a meeting in Bursa, they also agreed to create a commission that would work to create the linguistic unity of the Turkic countries and move to a common alphabet. Azerbaijan, Kazakhstan, Kyrgyzstan, Turkey and Uzbekistan are full members of the organization. All these countries have made the often-difficult transition to Latin in recent years.

On June 27, the foreign ministers of Azerbaijan, Kazakhstan, and Turkey signed a joint declaration, followed on August 2 by another, this time between the ministers of Azerbaijan, Turkey, and Uzbekistan. The documents set goals such as expanding cooperation in transport and energy. It is planned to strengthen railway connections both through Azerbaijan and Georgia to Turkey, and from Uzbekistan through Afghanistan to Pakistani ports, and through Kyrgyzstan to China.

Most likely, Turkey's efforts to increase its influence in Central Asia will encounter resistance from other powerful players with traditional interests in the region, such as Russia, China and Iran.

Fourthly, Ankara's interaction with Azerbaijan continues and strengthens. On September 1, the Turkish and Azerbaijani e-government portals were integrated, allowing citizens of both countries to access various documents and administrative services, for example, driving licenses. Having earlier opened a joint higher military school, the head of the Azerbaijan Military Academy, Major General Fizuli Salahov, announced that the Azerbaijani army has completely switched to the Turkish model of training and programs, staff structure, equipment and command.

Fifthly, Turkey stepped up efforts to recognize the Turkish Republic of Northern Cyprus (TRNC), which is not recognized by anyone except Ankara. Ankara first raised the issue on the sidelines of a session of the UN General Assembly, where Pakistan's foreign minister met with his "colleague" from the SCTR. During the summit of the Organization of Turkic States in Samarkand on November 10 and 11, the SKTR received observer status in the organization.

All of this is in line with President Erdoğan's declared ambition, "Turkey must be at the center of the new world order, using all the possibilities of the changing global political and economic architecture."

THE BOTTOM LINE: Will Recep Tayyip Erdogan be able to capitalize on his foreign policy successes that he managed to realize in 2022

The chances for Bulgaria

In expectance of volatility