In the maze of the real estate market

Brokers, constructors and customers are wandering in a series of crises - war, inflation and the consequences of the pandemic 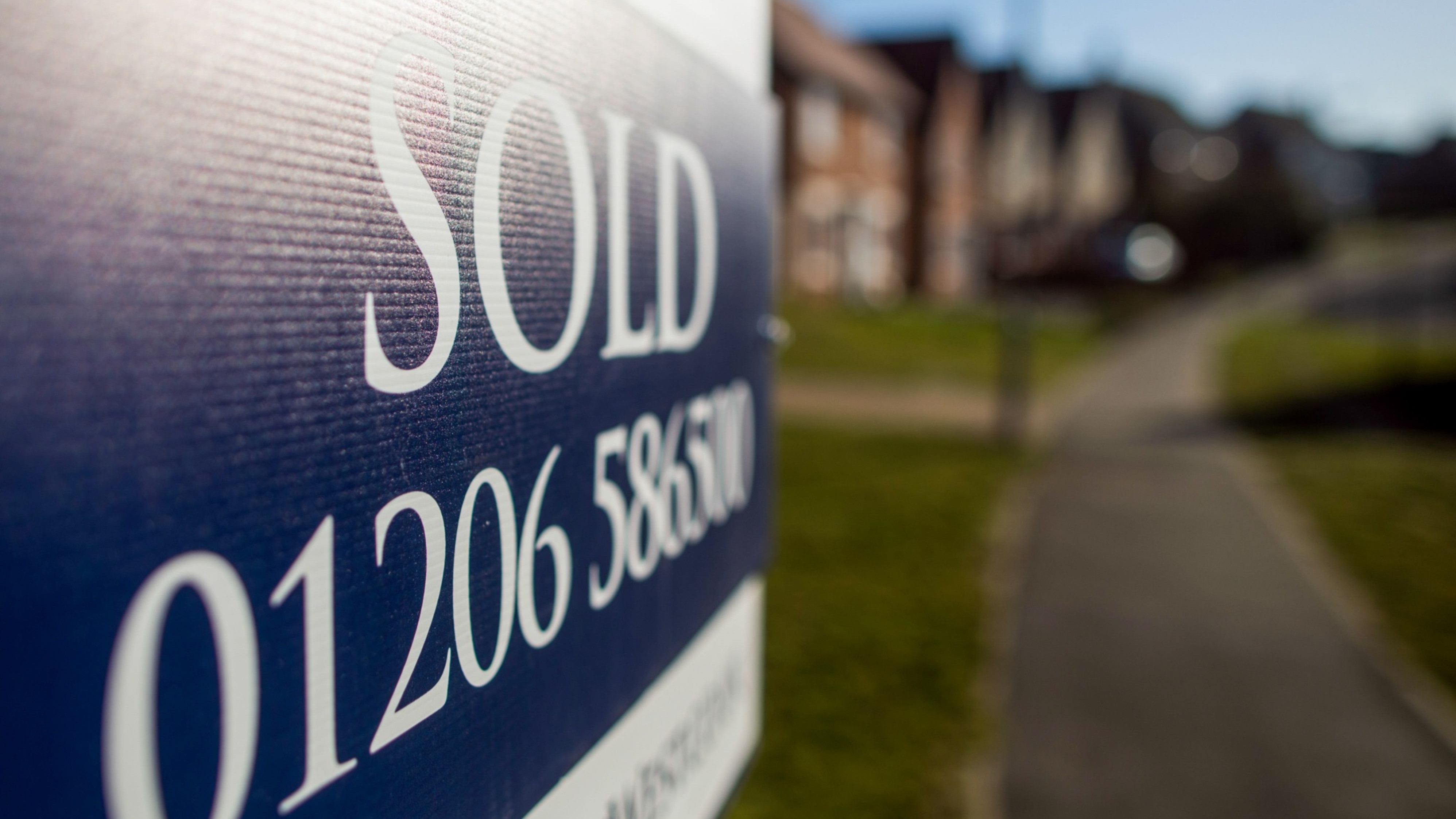 Over 2 000 000 m2  total useful floor area will be implemented in our country in the next five years. A growth of 30% was observed in the issued permits for the construction of residential buildings in Bulgaria for the first six months. The exact square footage is 2,865,000 sq. m., but it is questionable when and if they will be implemented.

Factors that have a direct or indirect impact over the real estate prices are numerous – pandemic, inflation, shortage of materials, war. All this happened to the sector, both in Bulgaria and around the world, within 3 years. The new home construction segment and greenfield sales were also heavily impacted.

After global lockdowns due to the pandemic, shortages of key materials for construction due to disrupted supply chains are a fact. Inflation has caused problems for some contracts concluded for "greenfield sale" due to recalculation of prices. The war in Ukraine has created chaos in the prices of steel products. Despite everything, real estate deals were in full swing. But will we see a drop in prices and a change in consumer temper?

The chairman of the National Real Estate Association, Dobromir Ganev, emphasized the fact that it would be more correct if the index did not reflect only the number of new construction permits, but rather what part of them is actually implemented. "We are seeing a 31% drop in new construction for the first six months, which is logical given the problems with the war in Ukraine. But this does not apply to big cities," explains Ganev. "We are registering growth there - for Sofia-city by 26%, for Varna 44%, Plovdiv 3%." This shows exactly how entrepreneurs adapt to the situation. This business is quite inertial, long-cycle. The construction of a building can last from 2 to 5 years. You understand how risky a situation like this is for entrepreneurs when they don't know how to price their end product based on changing prices. It is precisely for this reason that we see a decrease in the volume of new construction started throughout the country," explains Dobromir Ganev.

Greenfield deals. Dobromir Ganev defines 2022 as "a weird year for the real estate business and the construction of new homes". Although for business it started with good expectations, built on the basis of the previous two years, the war in Ukraine sharply changes the picture. "For hours, the prices of construction materials and raw materials were changing, and this had an extremely negative impact on the market of newly built housing" explains Ganev. Despite the fact that in the last two years, new construction has been preferred by customers, but because of these processes, buyers are now changing their behaviour and moving towards the secondary supply of properties.

Construction materials An increase in prices is observed for materials - cement, drywall, granite tiles, metal profiles and various types of cotton wool. The reason is that their production is related to the use of gas, Atanas Atanasov, co-owner of the construction company "Barrage Group", explained to Bloomberg Businessweek Bg. "The increase was felt in all varieties of building materials - from 20%-30% for products such as wadding, window frames and doors, to 70% for drywall profiles and metal products" he explains.

Atanasov adds that there is tendency in some of the materials for price stabilization or at least for not make sharp jumps like in March/April 2021 and February/March 2022. "For example, the fitments made about a 70%-percentage jump within about 40 days and subsequently smoothly returned to the levels of February 2022. At the moment, we are again experiencing a slight increase, which is more of seasonal reasons" explained Atanasov.

The war in Ukraine created chaos in prices and deliveries of fitments and steel structures for few months. "Decisions were found. Right now the main steel importers in Bulgaria import from Turkey, Georgia and other countries while also take into account the quotas we have for imports", adds Atanas Atanasov.

But there is also chaos in deliveries and this is felt most of all in the more technological products, which are assembled from multiple components and use multiple suppliers. "All this delays the deliveries by 3-4 to 12-15 weeks, which in some cases is critical for the projects", explains Atanasov.

Prices of green field investments. Since 2014 we have been witnesses of a constant rise in prices on the real estate market with more than 50% according to Dobromir Ganev. In the case of new construction, in the last few years we have witnessed a growth of 15%-20%, and in some cases by 25%. “The last two years have been extremely strong for new construction. I have been working for 30 years at this market and I have never seen so much factors which influence simultaneously positively on this market“, explained Ganev. “That were the low interest rates, the very good macro parameters, low unemployment rates and the incomes increase. The expectations and the following real inflation which we witnessed in the third quarter of 2021 and now also had an extreme impact on the real estate market due to people’s desire do preserve their savings. They tried to invest in various types of assets and traditionally estates are one of them“, Ganev adds.

Associate Professor Dragomir Stefanov, from the Department of Real Estate at UNWE, also points out that inflation and fear among investors are some of the factors influencing prices. "The lack of real other investment alternatives in our country (poorly developed capital market, low investment and financial culture among the population) and the large deposit base in commercial banks - already over BGN 106 billion in savings for the population and businesses" are also among the factors affecting prices of real estate", according to Prof. Stefanov.

He explains that "this is one of the highly competitive markets in our country, which largely approaches the definition of a perfectly competitive market, i.e. none of the participants among the potential buyers and sellers has enough market influence to exert pressure on property prices".

Investors’ interest in green field real estate investments. "Generally, there is interest in new building constructions as among the buyers as also among the developers. In next months this interest will decrease for both sides" Prof. Stefanov says categorically.

Dobromir Ganev clarifies that in 2020 the housing market was extremely attractive for the entrepreneurs from all around the world. "This was due to the fact that office and retail space had a problem due to Covid restrictions. These problems continue to this day. And probably the market will not recover at all in the way it functioned before the pandemic" Ganev explains. He adds that this is the reason why there are no large funds to invest massively in commercial space.

However, what is the number of people investing in greenfield properties? In recent years, a large share of sales in newly constructed buildings is carried out at the stage before the building is put into operation. This is a chance for buyers to acquire a property at a lower price than under Act 16, explains Prof. Dragomir Stefanov. "But the risks for this type of deal are growing, which will limit their number. Banks also feel this and have started to limit the financing of such transactions" he adds.

According to Dobromir Ganev, this type of purchase in Bulgaria is risky because the transaction is concluded between a legal entity, a construction company or an entrepreneurial company and an individual. "Usually individuals who enter this market are not always prepared and do not use consulting help, and the risk for them is extremely high", adds Ganev. He tells of a case in which entrepreneurs unilaterally raise the initially agreed prices or break contracts without penalty. "I personally suggested to the Consumer Protection Commission to consider whether these contracts should not be controlled in order to preserve the interest of the citizens," explains Ganev.

Specifics of green field investment purchase contracts. It is a bad practice to offer prospective buyers unbalanced contracts that are mostly in favour of the seller. These contracts include clauses such as cancellation of the contract without penalty for the seller, lack of specific terms for the stages of construction and lack of terms for providing the investor with permission to use the building, explained to Bloomberg Businessweek Bg lawyer Plamen Kirov, a partner in a law firm "Ivanov, Kirov and Vasileva".

Such is the case with investors who realized at the beginning of the second quarter of 2022 that by selling at the prices of 2020 and early 2021, they would at best make a small profit after the sale of the building. "Then began pressure on the buyers to increase the final price, speculating with prices between 10% and 30% above the agreed, threats to the customers to stop construction, bankrupt the company and lose the money that the buyers have given so far in fulfilling the contract Kirov explains.

Followed by the logic "why should I pay more than what we agreed on", the buyer refuses to pay the indexation in the price, doubting, and quite often with good reason, the amount of the requested increase. "For the builder, the only option remains is to request a price indexation from the Bulgarian court, which in the best case will happen after more than a year, if his claim is honoured at all," explains Plamen Kirov.

However, at the other pole are the experienced companies in the industry. "They were able to foresee the turbulence of the markets and inflationary processes as early as 2021 and included in the preliminary contracts a clause for price indexation through a special formula, including objective criteria and indices published by Eurostat," explains Adv. Kirov. He considers this move reasonable for both parties. "In this way, security is established in the relations between seller and buyer, as well as security for the realization of the construction", explains Plamen Kirov. "Many of the problems that arise in the process of seller-buyer contractual relationships can be avoided by using qualified legal services, both by investors and buyers. It is extremely important that the preliminary contract be balanced for both parties, that clear deadlines for the realization of the construction are provided and under what conditions the price of the property can be indexed. Penalties should be provided for both parties in case of non-fulfillment of the obligations, a clear deadline for concluding a final contract and handing over the ownership of the real estate" Plamen Kirov is emphatic.

THE BOTTOM LINE Despite the fact that in the last two years new buildings and constructions has been preferred by customers, due to these processes buyers are now changing their behaviour and moving towards the secondary supply of properties.