Is France a superpower? 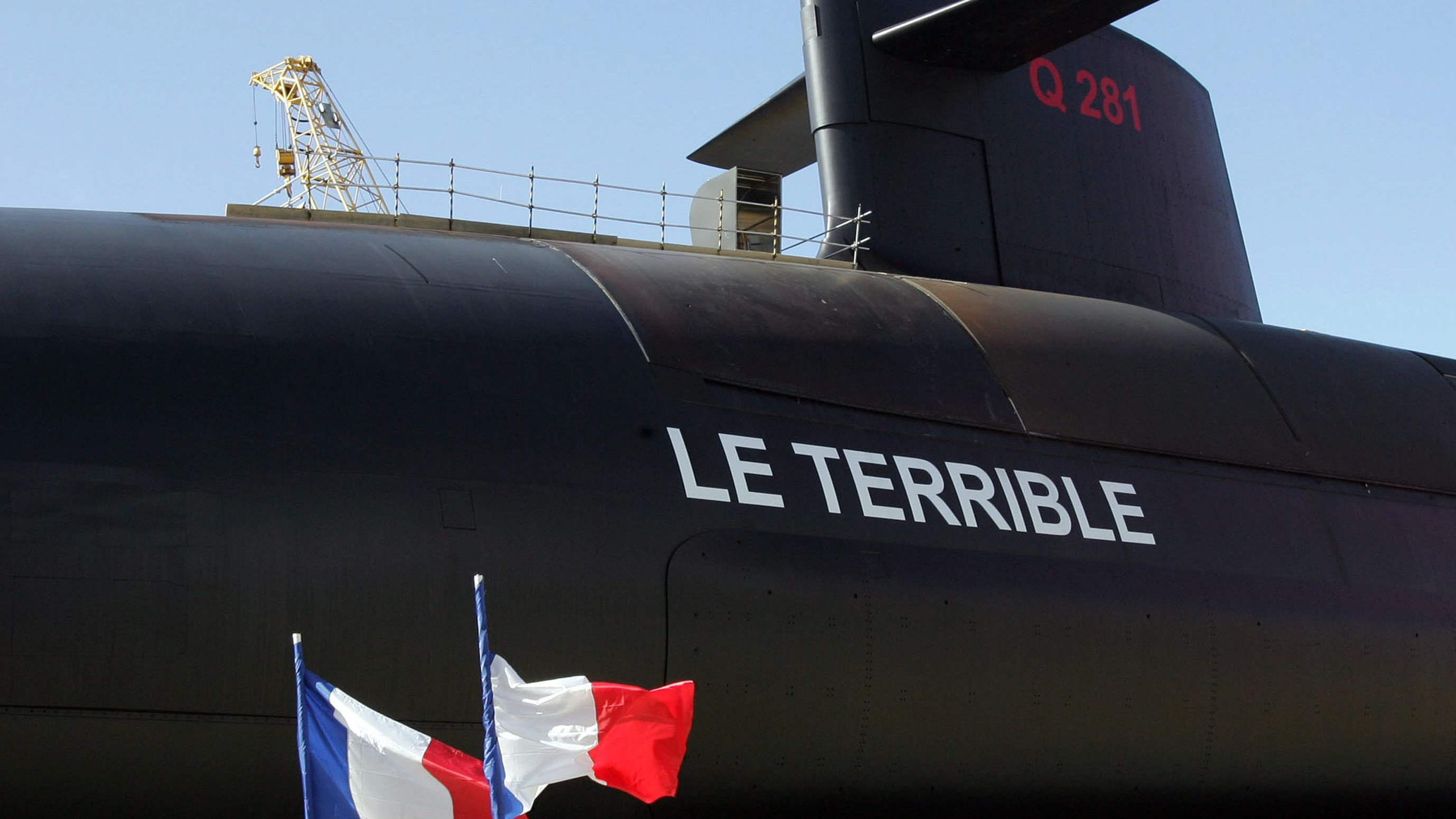 “France cannot be France without greatness” – wrote in 1954 Charled de Gaulle in his “The complete war memoirs of Charles de Gaulle”. He specifies that if France is not on the first row it is not in condition to serve its mission, destined by fate: “to be a symbol for signal successes or exemplary misfortunes”.

When leaders and political commentators deal with international questions, their favourite topic always is France’s authority and weight in the world events. Three decades ago Valéry Giscard d'Estaing expressed his regrets about the fact that “France became a middle power”. 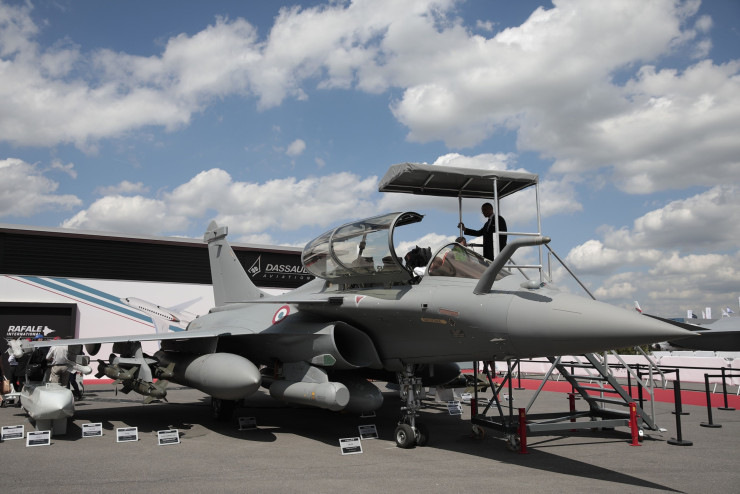 Even today not a week goes by without a high-ranking politician or prominent political scientist taking up the nostalgic refrain of “France in decline”. And how powerful and respected it was before! Similar to a person in middle age who complains about the lost luster of his youth, France  constantly laments its past glory. According to many (not only in France) the world is in such decadence that being seen as a main role player in the international politics is almost a delusion.

Pascal Boniface, director of the Institute for international relations and strategies, sets a question, disagrees and states that France continues to be among the world’s key leaders. In fact he reproaches those in France and outside of it, who are obsessed with its apparent "decline," and reminds us that such a view is based on a belief in the golden age of French "power," which is more of a myth than of reality. Not only that, but he argues that the government itself has recently undergone a conceptual and operational transformation, which in some respects is beneficial and in line with French interests and assets. Above all, Boniface argues, French politics must always be guided by a prudent element of realism in order to be successful.

France has always had and demonstrated its self-confidence as a superpower. It is one of the victors of World War II, one of the nuclear powers, a permanent member of the UN Security Council and one of the founders of NATO. But it has always pursued its own interest and followed its own agenda, its own policy and its own vision for the development of the world order. A policy that in many cases does not coincide with the common policies of the Anglo-Saxon NATO member states.

That is why France shows different priorities in its policies. Over the years, it has proven to be a dissenting and unpredictable partner of the United States and other Allies. In 1966, General de Gaulle made the extremely bold decision to withdraw France from the alliance and in this drastic manner expressed his disagreement with the policy, starting with the Marshall Plan and the massive American aid to Germany and ending with relations with the Soviet Union and the rise of the Iron curtain.

France has spoken out against both wars in Iraq, against the war in Afghanistan, against military action in Syria, against the overthrow of the Gaddafi regime. France definitely wants a different attitude and different negotiations with Iran and, of course, its interests in the Far East and Africa differ many times from the views of its partners. Paris's arguments are again entirely pragmatic: France is one of Iraq's and Libya's largest trading partners, as well as Syria and Iran. For example, the automotive, food and trade industries in Iran are entirely based on French investment and French technology. So France sees the US and other Anglo-Saxon countries undermining their economic and political interests. And another very important fact: France is the fourth largest manufacturer and trader of weapons and weapons systems in the world, so it trades not only in civilian but also in military products.

In contrast to the Gallic rooster's wayward behavior, the Anglo-Saxon allies formed the Five Eyes (FVEY) intelligence alliance after World War II, which included the United States, Canada, Australia, Britain, and New Zealand. Their agreement to exchange classified and intelligence information is still in force today. And Anglo-Saxon loyalty found a new continuation with the creation of the newest military-strategic alliance AUCUS, which united the United States, Britain and Australia. As a result of this new cooperation, France was again humiliated and neglected after Canberra withdrew from a contract signed in 2016 with the French company Naval Group for the supply of 12 diesel submarines worth about € 56 billion. Australia's decision came after the United States and the United Kingdom promised to help Australia build its own submarine fleet. French President Emmanuel Macron described the decision as a "blow to the back", and French Defense Minister Florence Parley called the incident "very bad news" and "a terrible decision in international politics". She said it was now clear "how the United States treats its allies and partners."

In the weeks that followed, Paris became increasingly vocal about "European sovereignty" and "autonomy," which took on new meaning after Macron shocked US allies a year ago with speculation about NATO's "brain death." According to the French president, the European Union should eventually become a separate geopolitical and military power, on a par with the United States and probably led by France.

The French military presence in the Indo-Pacific region is still significant (7,000 troops, fifteen large military sites and 40 French aircraft) and will remain so. There are still two million French citizens, as well as a number of territories and exclusive economic zones. France is fighting for freedom of movement in the Indian and Pacific Oceans. In this context, India is an important ally to which submarines have been sold. We also have a number of prospects in countries like the Philippines. 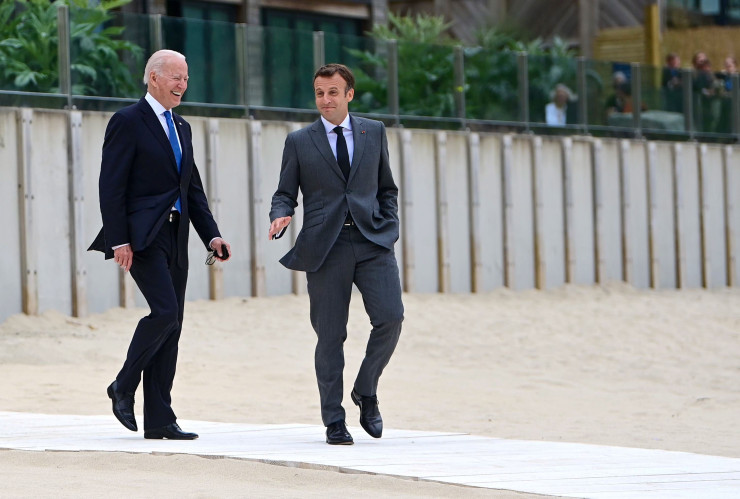 Isolating France from its leading role in the Indo-Pacific region, where it is a second military force with 7,000 troops, 15 military bases and 40 aircraft) is in line with the strategy already being developed by the second president of the United States. And it is ending US involvement in small, regional military conflicts such as the wars in Afghanistan and Syria and consolidating efforts against one major enemy, China. The United States has realized since the time of President Trump that the trillions of dollars spent on operations around the world have zero effect in terms of imposing American supremacy in the region, and on the other hand weakens the ability to create armed forces at the level untouchable by his opponents. Because during these military operations under the leadership of the United States, China was constantly and heavily armed and therefore now the second largest nuclear power, and their navy and This is the main reason the United States is trying to unite all its economic, political and financial resources for the main confrontation with China. Here they find their supporters in the eyes of Great Britain, which after Brexit became an ever closer partner of the United States because of the vital trade agreement, which is saving the British economy. Australia has always been one of the closest partners of the United States, participating in all missions around the world. In all likelihood, the newly formed AUCUS alliance will be joined by the other two Five Eyes countries, Canada and New Zealand, and thus a very strong blade will be formed, which will put pressure on China.

France does not enter into this configuration because it has a completely different opinion on the matter. Paris does not want a direct confrontation with China - including military. France offers mainly cooperation, trade agreements, communication with China, not direct intervention, sanctions and armed confrontations. But they are growing without her participation. Sending the newest British aircraft carrier with American planes on board to the South China Sea, replacing French diesel submarines with those with American nuclear engines, shows that the United States and its English-speaking partners will increase their military power around China tremendously. France does not enter into these plans because it has completely different policies and interests. Excluding it is a huge blow to both the French economy and French self-esteem.

What is France doing to maintain its leadership and its desire to be a dominant superpower? Naturally, it appeals to Europe and European countries. After Britain left the EU, France remained the only nuclear power in the EU that also had the largest and most capable army. That is why France's efforts are to create a unified European armed forces. Of course - funded, structured and armed by itself. Because it is one of the largest manufacturers of weapons. In the next six months, France will hold the presidency of the European Council, and during this term Paris will make significant efforts to create a European armed forces. Her successors will have different views on how European foreign policy would develop and, in fact, Germany's support for the creation of a unified armed force, given that some of the largest American bases are located in Germany. In addition, the countries of Central and Eastern Europe are strongly opposed to the idea of France because the Baltic states, Poland and Hungary rely on the United States to counter Russia's growing and aggressive actions in Eastern Europe. And they are also among the largest customers of American equipment and American military equipment. The only more serious partner of France that could help create such an alliance is Italy, because the new Prime Minister Mario Draghi, together with Macron, does not hide his ambitions to become the new EU leaders and replace Germany and Angela Merkel with this one. throne.

So France's future as a superpower depends above all on its ability to reorganize the EU and persuade its European partners to follow it in creating a much stronger, much better balanced - not only economically but also militarily - alliance.

THE BOTTOM LINE France has always claimed to play a leading role in world politics, although it cannot boast of much success on this front.

Cars are fighting 136 years since the patent

China and Russia's war in Ukraine

The legitimate lie as a weapon