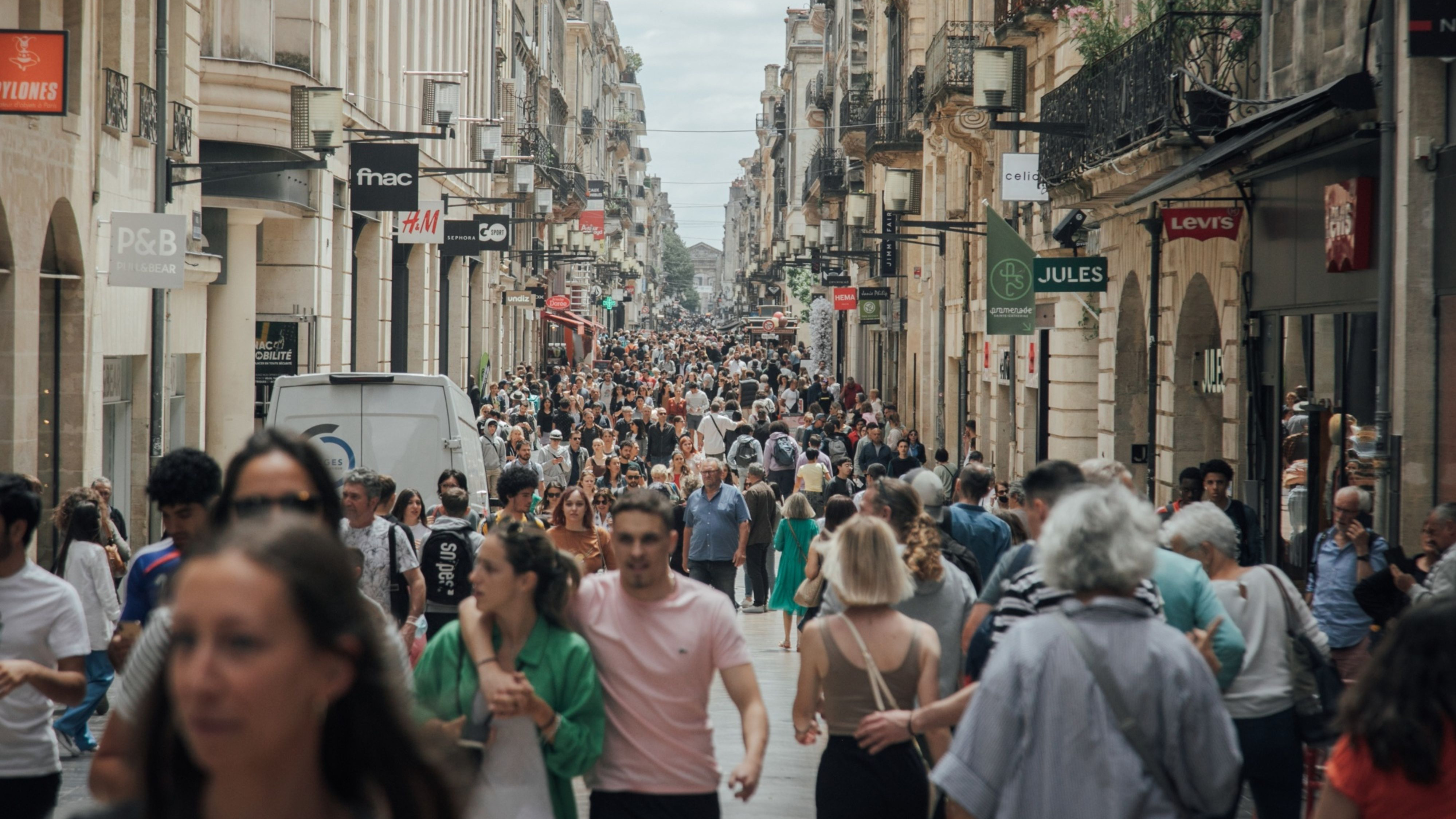 Their clothes should be neat and black. They should not skip liturgy, nor to step into a tavern. At home they should also not drink. They should be decent – even marriage was not well perceived. These requirements were applicable not for some ascetic sect, but for the bankers who in the 17th century are already forming a powerful guild in the Lower Land (the Netherlands).

This makes sense: for people to give hem money, the bankers should look respectful. But behind the  curious details of the infant stage of capitalism, narrated by the historian Fernan Brodel, something else becomes clear. For centuries, the capitalist system functions in a regime of a limited consumption. Apart from wars and piracy, capital is accumulated through abstinence, to which strict Protestant ethics make a decisive contribution.

We jump a few years and we reach to the 1950s, when the capitalism seemed to be leaning his back to the wall. The Soviet socialists machine functioned incredibly well: both as economic growth and as technological development. The population of “the Free world” looks at the hostile regime with an anxious sympathy. When will labor revolutions break out west of the Elbe? They say that not other, but Churchill finds a way out: the Reds may not have unemployment and extreme poverty, but there will be no consumer goods. We will defeat them in people's hearts by providing households with more consumption.

And so, in the new and incredibly affordable accommodations of the growing middle class, wonderful goods begin to flow: refrigerators, washing machines, electric stoves, mixers… Capitalist governments are careful that wages do not lag behind productivity growth and that there is enough consumer credit. They call these years “glorious”: the economic miracle of the after war Western Europe is generously shared. Theories of mass consumption as a main feature of the capitalist system are being developed. The past of the capitalism with its black clothes and sour morality is sinking into oblivion.

However, two or three golden decades later, things get out of control. Why does it happen is a topic to a huge debate, but in this case, we are interested in the consequences: great consumption leads to unseen household indebtedness. It brings piles of rubbish and multidirectional ecological crisis. Fierce competition is stifling wage growth. Maybe the most important change is in culture: the ordinary people are turning from producers to a mass of passive consumers.

This historical foreshortening helps us understand the situation in which the rich world finds itself today better. The West is challenged to rethink its decision regarding consumption: because of the shifts in the supply chains due to the Covid-19 pandemic, reinforced by the exclusion of the Russian Federation from the world economy, amid long-forgotten inflation provoked by controversial central bank policies.

The advertisement industry tirelessly works on implementing the idea of “lifestyle”, based on the consumption. Turbo consumption had become prime life goal and a criteria for evaluation of personal success. However, everything has its limits: there are not enough resources for this kind of wasteful lifestyle. On one hand, the debt burden in economic has long passed the reasonable level (the global credit in 2021 reached 303 trillion dollars or 356% from the world GDP). To be maintained in the future the overconsumption of credit seems – to put it mildly – unlikely. And to put it bluntly: outright suicidal.

On the other hand, more and more economists and businessmen come to the realization that the Earth is neither flat nor infinite. Our planet is a complex, interconnected system, and the fact that rainforests are being cut down in the Amazon to produce more beef burgers will hurt everyone: those who eat burgers and those who sell them – and those who look away and swallow hungrily.

These are all things we know for a long time. But the war in Ukraine turned out to be a real black swan. The limited export of Russian oil and gas and Ukrainian agricultural raw materials ($ 22 billion in 2020) brought the world back to a bygone era. The expensive energy pushed up the prices of almost every goods on the consumer market. Food costs account for an increasing share of household budgets. Hundreds of billions newly created money during a time of pandemic worsened the situation, depreciating incomes and savings. People are objectively forced to buy less.

The situation, without a doubt, is complicated, but it does not mean that the West should raise the white flag in all directions: to the aggressor Russia and by giving up its climate policies, and by finally dismantling the welfare state in a reckless attempt to fight inflation. The direction is right, it’s just that the slope is getting steeper and it is time to get rid of the unnecessary burden – the excessive consumption of the rich world.

This is still an unpopular way of thinking, but at the systemic level, deliberately limiting consumption actually seems like a return to normalcy. Every year at least 2,8 million people worldwide die from obesity. The paper spam in USA annually wastes cellulose, corresponding to 96 million cut down trees. Bitcoin mining – a completely unproductive activity from human point of view – in 2021 consumed as much electricity as the Netherlands for a year.

Nowadays, there are many examples for unreasonable forced consumption. The concept of "seasonal fruits and vegetables" seems to have ceased to exist: if you feel like eating strawberries in January, just go to the supermarket. Before, people waited impatiently the new episode of their favorite series. Today, streaming services make watching movies boring. To save money to buy something is a tradition soon to extinct. The trend now is “take now, pay later”. And when you can have the goods so quickly and easily, you stop appreciating them.

Not so long ago, the West followed other patterns. In the years of the World War II in USA and UK is acting a coupon system and the purchase of durable consumer goods is prohibited. Since then, the propaganda slogan on which is pictured an elegant man behind the wheel of a big car and next to him on the front seat is sitting a ghost with characteristic mustaches. The slogan says: “If you drive alone, you drive with Hitler. Join a car-sharing club today!” Resources are not wasted during war.

The above example addresses a key issue: in certain cases, consumption might need to be pushed in the need direction. Public, instead of personal transport, buying more locally produced food, sanctions for business which practice planned spoilage of the products, incentives to repair instead of throwing away goods – it's all a matter of national and supranational policies. Consumption is far from being an individual issue, especially when the word 'war' has taken on a very literal meaning in Europe.

The above considerations are not universal. The reasonable limitation on consumption in the rich world should be accompanied by comprehensive increase in income and consumption in the Global South. Moreover, in many cases, the obesity it is not a marker of overconsumption, but quite the opposite: people on lower incomes are more likely to resort to poor quality food. And let's not forget that the voice of reason in consumption will have its macroeconomic cost with many jobs lost.

Despite all, limiting the consumption is the recommended economical development of the rich world. Turbo consumption is most often a mark not of abundance, but of vanity and waste. Mass marketing has long build the belief that thriftiness is shameful and self-limitation is a disease – the rich world forgot how to spell the world “lack”. This is a dead end. Driven by a coincidence of five major crises – supply chain disruptions, sanctions against the aggressor Russia, the global environmental crisis, global inflation and debt congestion – the global economy is struggling to return to the idea of more efficient consumption.