The Stars Of Shock 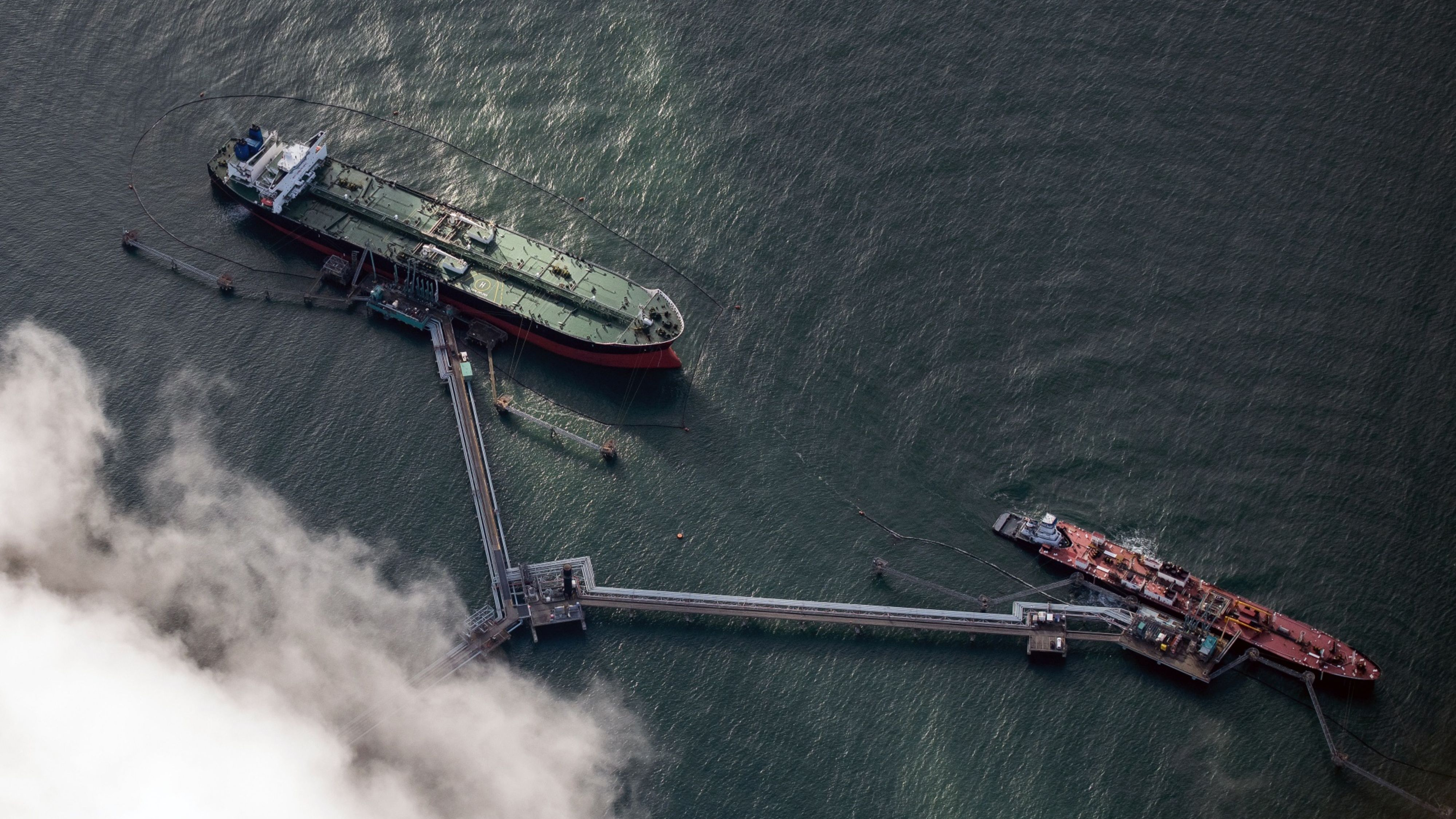 In 2022, the world went through the turmoil of record prices for almost all major commodities, from natural gas and coal to copper, aluminum, and lithium. Only oil failed to conquer a new historical peak. As the spring progressed, prices of almost everything fell, and we got the impression that we would soon return to normality. But it didn't.

To analyze the reasons for this situation, we need to realize which forces have led to a relative price shrink. First and foremost is China's zero-coupon policy. In 2022, the Chinese economy achieved almost no economic growth without precedent, and this record impacted the consumption of everything from oil, gas, and coal to metals, cement, and plastics. The markets' expectation of a global recession, caused by the rapid rise in key interest rates worldwide and the war in Ukraine, comes second.

It is amazing how little commodity prices fell over the summer, even in these conditions. Oil refused to go below $90 a barrel (Brent), copper held steady above $7,000 a tonne, and natural gas, coal, and lithium continued to break records - as if the world were experiencing an incredible economic boom. The first signs of loosening China's zero-coupon policy, good data on the US economy, and a weak drop in inflation in early November shot prices of everything higher.

Very soon, we will see new price records. The world is deepening commodity and energy shortages that have no historical precedent and will lead to long and sustained inflation. It is being fuelled by a combination of the huge amount of money that has been printed since 2008 - and especially in the last two years - and the long-term lack of sufficient investment in the extraction of basic commodities and energy, which is preventing the world from increasing production and meeting its growing needs.

Central banks are hoping to stop inflation by raising interest rates, but they will soon buckle under the political pressure not to crush the economy and the threat of default of many countries worldwide, including EU member states. Moreover, no one can print or ignore the fuels, fertilizers, metals, and plastics on which the quality of life of civilization is based, nor gold and silver, which are precisely why they have always been the foundation of the world financial system.

Historically high commodity prices have always led to large profits for mining companies, an increase in investment, the discovery of many new deposits, and an increase in production that exceeds demand. Eventually, prices invariably fall, and company profits collapse.

In the last decade, however, politics has roughly intervened in the market. As a result, the link between commodity prices and companies' investments has been broken. Since the Paris climate agreement, investment in oil, gas, and coal production has invariably fallen, even as consumption and prices have risen. Even today, when companies are making record profits, they are not investing significantly in new extraction, preferring to return the money to shareholders because politicians insist that in the near future, no one will need fossil fuels.

Yes, but no: Whatever the politicians say, oil, gas, and coal consumption invariably rises in an economic upturn, and prices are rising with it!

At the heart of the process is the first law of economics: When there is demand and no supply, the price rises.

In this case, its effect is dramatically reinforced by the first law of the extractive industry: If you want to get something out of the ground, you have to put much money into it predominantly - first, in exploration and prospecting and second, in building plants and extraction.

Global investment in exploration for and extraction of all fossil fuels and metals since 2014, especially since March 2020 (the start of the covid-pandemic) has fallen to levels that cannot sustain production to meet consumption. 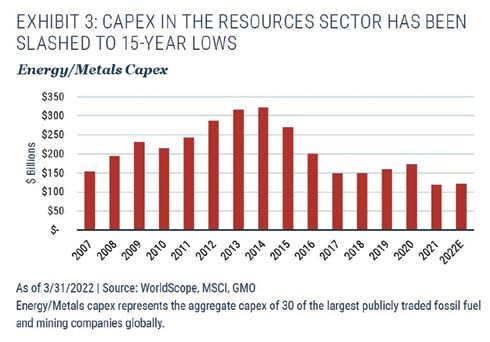 In 2021, consumption growth returned with frightening force, but there was no supply. What could happen to prices besides a shocking increase?

The illusion that renewables and batteries can quickly power the world is in power. As a result, a huge part of countries' tax revenues, plus an increasing share of energy companies' profits, are going into such investments. It primarily puts money into the pockets of the relevant mining companies (lithium, polysilicon, copper, nickel, cobalt). However, their production fails to meet demand as no one wants new mines. In the end, the commodities sector gains a lot, but the world is flying towards the wall of a dead end because it cannot secure either energy or food, metals, and other resources.

Nothing illustrates the above so well as the situation with copper mining. Human civilization emerged the moment humans were able to extract copper from the ore in the rocks and turn it into tools and implements. Today, copper again plays a critical role because, in addition to all other uses, it is needed in everything connected with the production, transmission, transformation, and consumption of electricity. That is why all forecasts predict a huge increase in copper consumption - from 25 million tonnes in 2018 to around 60 million tonnes in 2050. There is enough copper on the planet; however, its production growth is practically limited by many factors - it is no coincidence that it has stagnated in the last five years. There are many barriers to increasing it, from falling concentrations in the big mines to few being developed and an almost complete lack of newly discovered large deposits to rising resource nationalism in Chile and Peru. Even record prices cannot change the picture, so copper remains an absolute favorite and an insurmountable obstacle to the energy transition. Richard Adkerson, CEO of Freeport-McMoRan, now the world's largest copper mining company after Chile's Codelco production decline, said a year ago, "Even if prices doubled tomorrow, Freeport couldn't increase volumes in the next 5 years."

Unfortunately, we face a surprising and strange barrier - people en masse don't realize that everything comes from the ground up and oppose every mining project. It has emerged as the strongest obstacle not only to mining and metallurgy but to the overall development of human civilization. With chronic shortages of raw materials and energy, demand and prices will continue to rise, limiting our ability to provide for the basic needs of people on an increasingly populated planet. Of course, the poorest will suffer the most, and even today lack access to basic amenities such as electricity, heat, and clean water.

That is a devilish circle from which there is no quick escape. Unless money returns to mines and drilling in huge quantities, the world will not see an end to the energy crisis and inflation. However, this requires a political change, which I do not see happening soon.

That is why the super-cycle in commodities will be particularly long and painful this time. One day, the extractive industry will inevitably attract the necessary capital and invest enough so that production meets demand, and prices will start to fall. But that day will not come soon, and in the meantime, there will be no economic sector that can match the profits that mining will make - in oil, gas, and coal, as well as in metals.

In 2021 the big mining companies - BHP, Rio Tinto, Glencore, and Vale - made record profits. This year, two sectors with supposedly opposite businesses - lithium specialists and coal mining companies - are notable for such. Both are benefiting from climate policies. The former benefit directly from promoting electromobility, while the latter benefit indirectly from the politically-motivated lack of investment in new projects combined with the inevitable need for more electricity, i.e., more coal.

None, however, can compare with oil and gas production, the main drivers of the global economy. In the third quarter of 2022, ExxonMobil made a net profit of $20 billion, putting it on par with Apple, and it's only a matter of time before it becomes the most profitable American company again. Just for comparison, Saudi Aramco, Saudi Arabia's state-owned oil company, made a net profit of $42 billion in that time. In 2022, direct energy spending will likely make an all-time high, reaching a new high of about 13% of the global GDP. The world has not seen such levels since the energy crises of the late 1970s. That is exactly three times the average level of 4% for 1900-2020. The world will spend about 3% of its GDP on coal alone. The last time this happened was in 1948.

Forecast by the consultancy Thunder Said Energy as of March 2022:

China's zero-carbon policy is suppressing global consumption of everything in 2022, but its end will inevitably come. The Western world will try to buy minimal quantities from Russia for a long time, and OPEC will try to make the most of it. Combining these factors means there will be no cap on commodity prices. Prepare for new shocks in the coming years.

IN BOTTOMLINE We are facing a surprising and strange barrier: massively, people don't realize that everything comes from the ground up and are opposed to every single mining project.

Guaranteed investments and quality of services at an affordable price

A world with temperature: the conflicts of 2023