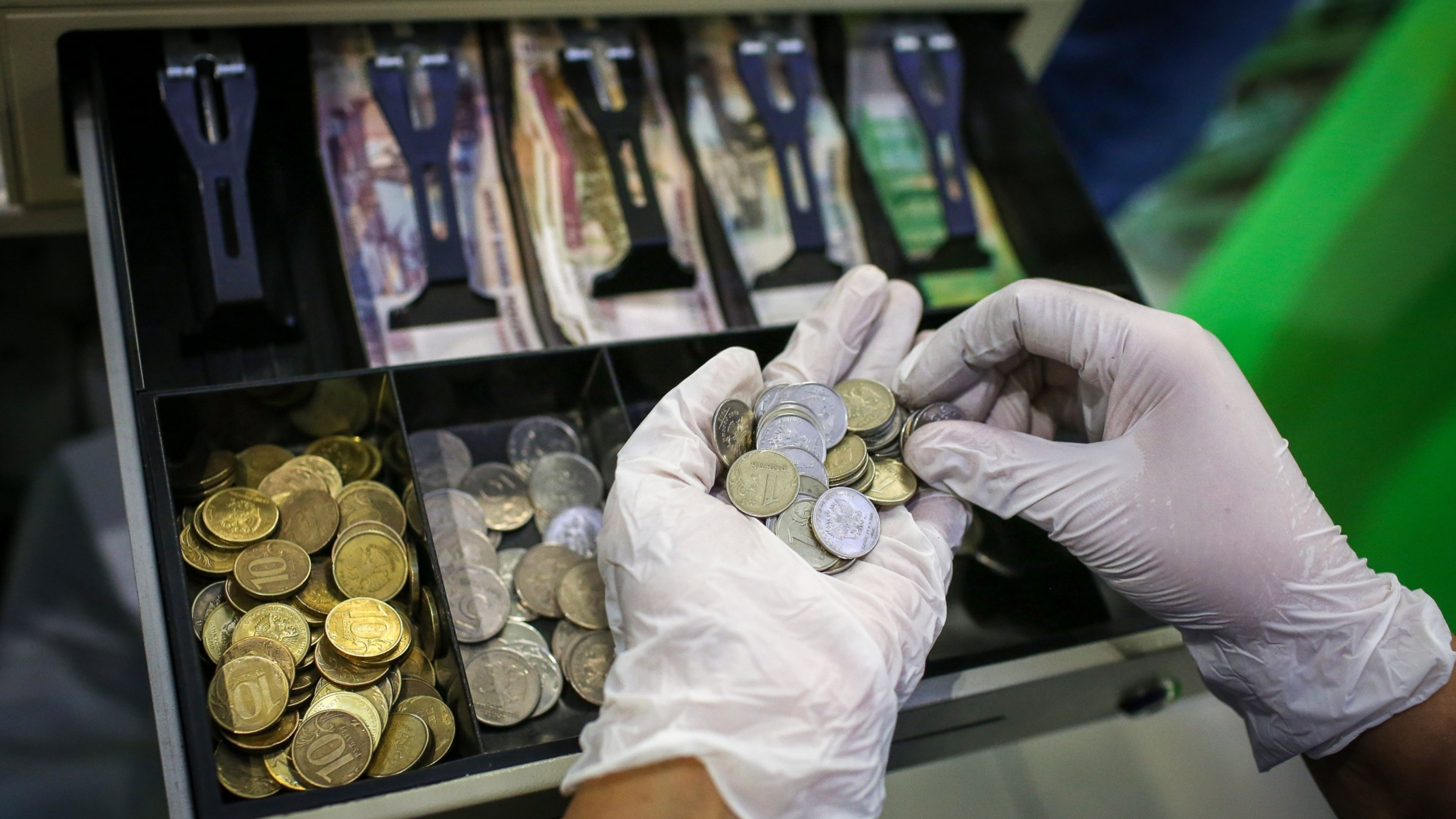 War conflict in Ukraine sets number of questions, related to the connection between war and economical development. These questions are not something new, though.

More than a century ago, in the distant 1910, “The Great Illusion” book by Norman Angell is out of print. After the World War I, in the year when Adolf Hitler comes to power (1933), then already sir Norman Angell receives a Nobel award for peace for his contribution to the propaganda of pacifism. A little bit later, in 1937, the book of Norman Angell inspires Jean Renoir for his great film of the same name.

The great illusion even before the World War I is a subject to bustling comments and critics. The author argues that the world trade and finance bind all countries so tight, that every war conflict will lead to a world economic breakdown and inability to continue military actions.

Development of military operations and economical condition of countries, involved in the Great war, seem to refute Norman Angell’s claims. The war does not continue a few months as the author of “The great illusion” expects, but over four years, as production generally manages to meet the needs of intense military conflict in the context of the war of attrition.

Critics forget something, though. Norman Angell writes his book in the apogee of the golden standard. This system of stable exchange rates and self-regulating money circulation allows the rapid development of international trade and finance. Banks and credit markets are highly interconnected, telegraph connections allow almost instantaneous dissemination of information and the functioning of the world economy as a whole.

With the beginning of the war, the golden standard crashed. National currencies lose their reversibility, the competitive market economic stops existing and in all fighting countries it is replaced with different variations of military planned economy. The state is at the centre of mobilization and distribution of resources. Credit and financial markets are collapsing. Military actions are financed to a large extent by printing money, inflation leads to mass impoverishment of the population. With other words, Norman Angell is right: pre-war system of economic relations falls apart with the onset of military actions. What worked during the World War I was anything but a competitive market economy.

But the incompatibility between competitive market economy and large-scale military actions is not the real focus of Norman Angell’s book. The great illusion which the author actually exposes, is the idea that positive economic goals can be achieved through war. He convincingly proves that even the winner of a military confrontation ultimately loses compared to the peaceful development of trade and finance. Quite often the defeated countries are developing faster than the winners. The example of the rapid economic recovery of France after the Franco-Prussian War and of Russia after the defeat in the Russo-Japanese War is illustrative. In more recent times, the experience of defeated Germany and Japan after World War II is also quite impressive.

The conclusion about the futility of aggressive wars, ie. for the illusion of the aggressors that they can gain something through military action, it is extremely important. Of course, profit here means the total economic well-being of the citizens of the respective country, measured, for example, by the average GDP per capita, and not some imaginary benefits.

This conclusion can be applied to the war in Ukraine. The military action surprised everyone with the resolute resistance of the Ukrainian armed forces. The outcome of the conflict is unclear. But imagine that Putin succeeds in achieving his ultimate goals and occupies Ukraine. What will he get? A ruined country with a hostile population. This country will hang like a millstone on the budget of Russia and the Russian economy as a whole. Add to that international sanctions and isolation, which will be increasingly severe. The economic consequences of "victory" will be catastrophic.

Of course, the so-called “collective” West and the world economic as a whole will also suffer. But the relative strength of the negative effects on the West and Russia will be incomparable, given that countries with developed market economies are economically 20-25 times larger than Russia.

The consequences of the Ukrainian conflict can also be analyzed in the context of the formation of a new world economic order. So far, with some fluctuations, the prevailing trend in the international economy has been globalization, in the form of outpacing the development of world trade and increasing mutual penetration of capital markets. This trend is due to the desire to benefit from the international division of labor and the distribution of investment risk globally. However, this development does not take into account the growing dependence of national economies on external factors, especially when it comes to interdependence between countries with different political systems and opposing geostrategic interests. The natural question is whether military means can resolve fundamental political opposition.

Norman Angell looks through similar questions, analyzing naval rivalry between Great Britain and Germany in the beginning of 20th century. He states that even if England lost its colonies in favor of Germany, in the normal development of economic relations, such a change should not affect the well-being of citizens on both sides. The subsequent disintegration of the British and other colonial empires confirms this conclusion.
As for a possible new economic and political order within the modern world, the imposition of such an order is beyond the reach of Russia, which accounts for less than 2% of world GDP. A similar task could be pursued by a coalition between Russia and China, including other stakeholders. However, such a new order, even if implemented, will be dictated by China, and Russia's role will be a raw material appendage to the Chinese economy.
This will be much less advantageous for Russia than the current situation, which allows the Russian side to balance its trade and investment between Europe, the United States and China. In other words, each new order will be a step backwards for the Russian Federation.

Conflict in Ukraine coincides with some trends in the development of the international monetary and financial system. The relative share of the dollar in international reserves and payments is declining. According to IMF estimates, about a quarter of the decline in the dollar falls on the Chinese yuan, but most of the change is due to the currencies of other countries that are not part of the SDR basket, including the dollar, euro, yuan, yen and the British pound. Russia is also trying to fit into this process, demanding repayment of its debts and payment of energy imports in rubles. For now, the West rejects these claims of Russia, but even if they are realized, it will not in itself lead to the conversion of the ruble into a reserve currency. On the contrary, distrust of Russia as a reliable, rational and predictable trading partner will increase.

The lessons of “The Great Illusion” in current conditions boil down to that Russia does not have economically viable outcome of the war conflict with Ukraine under the current Russian politican status quo. The solution is to abandon irrational ideas such as imposing a "Russian" world or rebuilding the USSR.

Russia’s salvation is turning back to the rational economic thinking, characteristic of liberal political and economic systems. Rational political and economic solution cannot appear out of nowhere, though. President Biden noted that after the Ukranian war, Putin cannot stay in power. Of cours, Russia is sovereign country and nobody, except the Russian people and Russial political elite, can decide what the country’s government should be. However, turning Russia into a mindful and predictable actor on the international economical and political stage is impossible without such inner restructuring of the political system to guarantee rationality in the country’s behavior. And the basis of this rationality is the understanding that aggressive wars cannot have a positive economic result.

The inevitable end of the war will require some compulsory actions. First is a new Marshall plan for economic recovery of Ukraine, which damages are currently approaching three billion dollars. This plan will include the IMF, the World Bank, the European Development Bank, the European Investment Bank, the United States, the European Union, Japan, and possibly China. The inclusion of the latter is very likely, as Ukraine is an important link in the Silk Road.

The second thing is Russia’s reinvesting in world’s economy. This can happen either through reorientation of the economical relations of Russia with Asia and China in particular, or through recovering the economical relations with Europe and a return in some form to the model before the war. The second option involves Russia's accession to European principles and institutions, combined with the democratization of Russia itself.

In general, the current events related to the war in Ukraine will lead to a reassessment of the process of trade and economic globalization. It is clear that the military-political risks associated with international economic relations are greatly underestimated by the Western world. Some return to a higher level of self-sufficiency in energy, components and technology is inevitable. The share of military expenditures in the structure of state budgets will also increase, and public debt will also remain high. Temporary return is possible to some characteristic for the 30s last century forms of payment as international clearings and barter. We can expect some strenghtening in some of trade protectionism, as well as the restoration of some forms of control over the movement of capital. Nevertheless, in the long run, globalization has no reasonable alternative.

Finally we should note that neither the Norman Angell’s book could prevent the World War I, nor the movie Jean Renoir succeeded in saving the world from a second one.

But the lesson of the madness of aggressive wars remains.